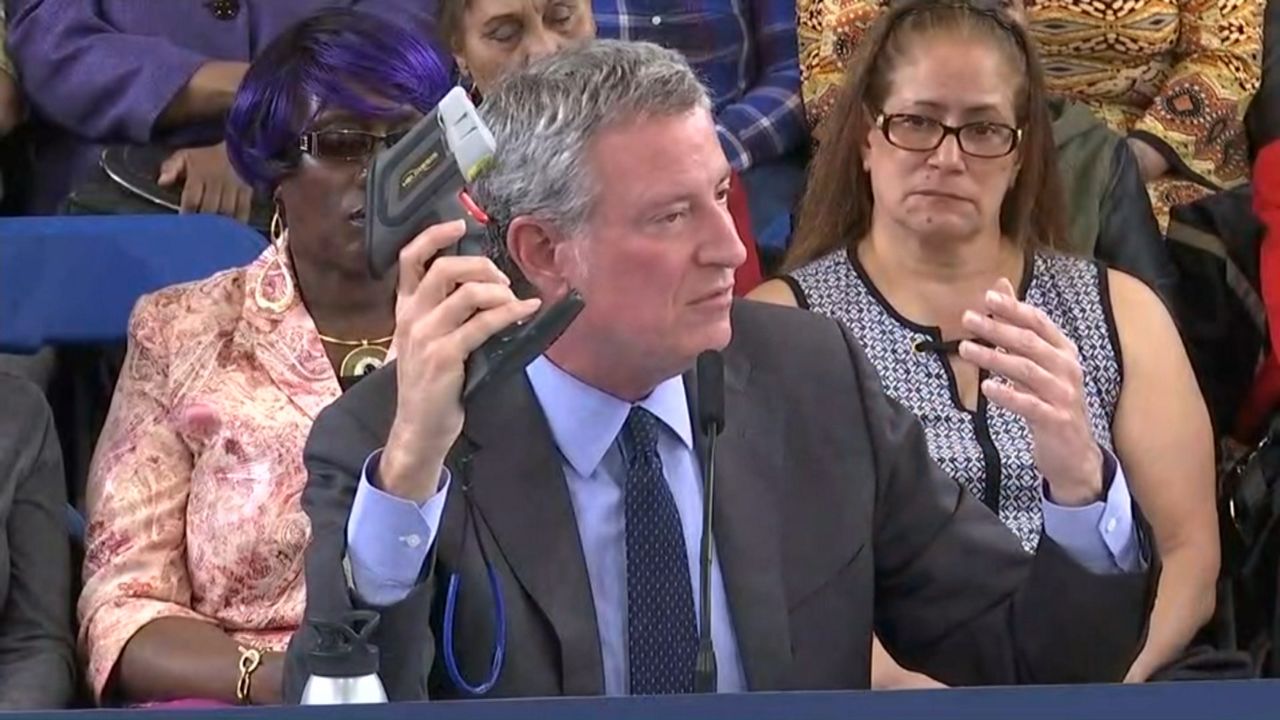 Here's how it works: Take the machine and hold it up against a wall for about 10 seconds, sometimes more. The x-ray technology then tells the user whether lead paint lies in the layers underneath.

The city started the testing Monday at the Harlem River Houses in Manhattan. These seven other developments will follow May 1:

NYCHA officials tell us it takes anywhere between 90 minutes to two hours to test every painted surface in a standard size NYCHA apartment.

The city, which approved the $88 million contract in February, originally pledged to find out how many NYCHA units have lead paint by September 2020, but now say it will take the city until the end of 2020. To meet its goal, contractors will have to inspect 5,000 to 7,000 apartments a month, something the city maintains is possible.

"We're spending $88 million to do this because we think it's the right thing to do," the mayor said at his news conference. "We think it's right to go the extra mile to protect residents of public housing and particularly kids."

The mayor initially announced the city would conduct this testing in July of last year. It took City Hall about 10 months to actually get started.

And as it stands now, City Hall has no idea which NYCHA units have lead paint and which don't. The city has a handful of the XRF machines under the health department and often uses them when a child tests positive for lead poisoning, and NYCHA has used them in units before, although not to the scale the city is now aiming for.

The city has been under heavy pressure to address the lead paint crisis in public housing and was tasked in late January with remediating apartments with lead and children under the age of six in 30 days. There are a few hundred apartments left that the city has not been able to gain access to remediate.

Other areas are less timely or simply set-in-stone commitments that the city has already made. For instance, the city has 20 more years to fully abate or completely remove lead paint from all NYCHA apartments.

De Blasio has also been lambasted over how the city has dealt with lead paint concerns, including statistics that found that NYCHA, from 2010 to 2018, had challenged almost all findings of lead paint in its apartments and orders from the city's Health Department to remediate them, and often were able to get that department to back down.

That followed other media reports, like one saying more than 800 children in public housing had been found with elevated lead levels in their bloodstream between 2012 and 2016.