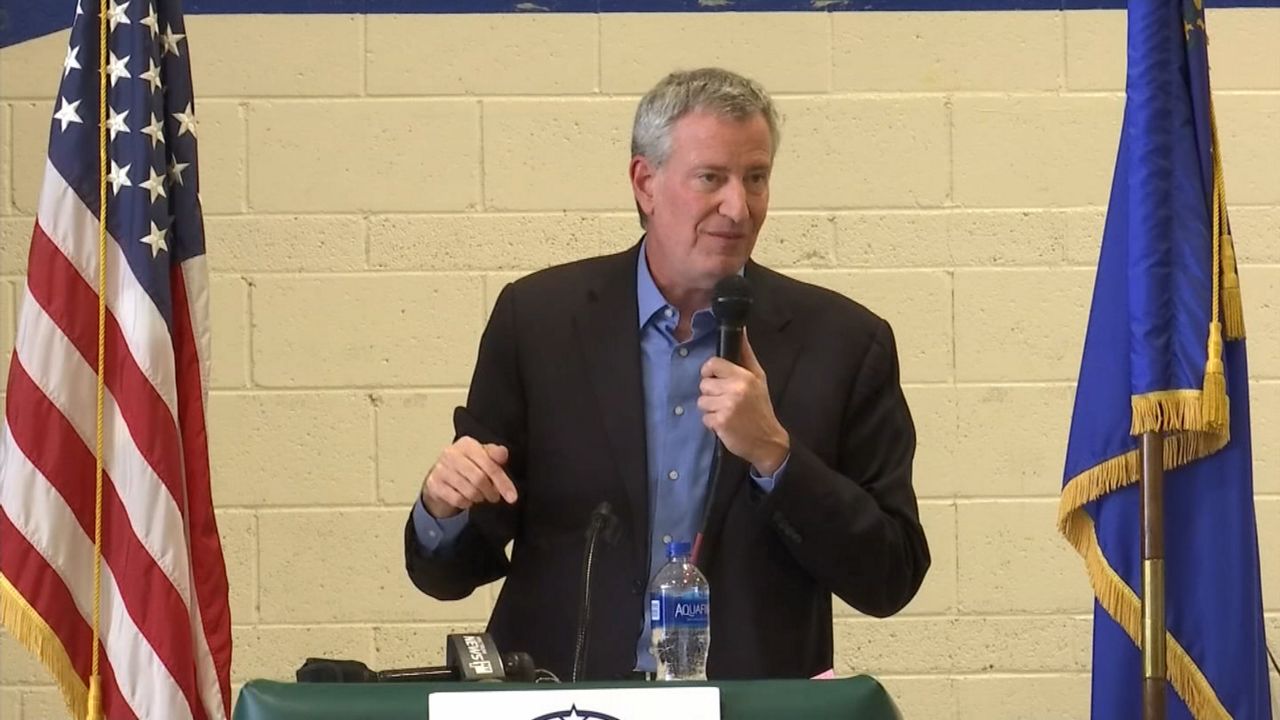 De Blasio Visits Nevada as He Flirts with Presidential Run

Pahrump, Nevada. It’s a little over an hour away from the glitz and glamor of the Las Vegas strip. It’s A small town that draws alien-obsessed tourists, who want to see the site where Martians landed in the film Mars Attacks! On Sunday, it was a big draw for the mayor of New York City.

“It’s important for Democrats to show that we are focused on every kind of area: urban areas, rural areas, suburban areas,” the mayor said. “And these Democrats here are doing extraordinary work against the odds. And I feel really appreciative of what they are doing.”

Pahrump is a deeply conservative community. But there are some Democrats here, and the mayor ate breakfast with seven local party leaders.

But when it comes to de Blasio’s presidential ambitions, Nye County Democrat Jannis Saunders says she’s not sure she wants him to run because the field is so crowded.

“My personal opinion is a toss-up. From what I understand of him, yes. But right now it’s too many out there.”

The mayor’s trip to Nevada is the latest in a series of visits he’s made to key states in the presidential nominating contest. He is laying the groundwork for a White House run. But he has not announced his candidacy yet.

“We have to make big changes in this country for the good of New York City and the good of the whole country,” the mayor said. “And this is one of the most important states in terms of changing this country.”

As he raises money for the Political Action Committee that is paying for these trips, the mayor’s fundraising practices are coming under fire. A de Blasio donor helped orchestrate a lucrative real estate deal with City Hall. And a construction company that wants to do more business in New York recently threw him a fundraiser.

“We are making all of our decisions based on the merits and it’s interesting after five years of all the scrutiny that comes with being mayor of New York City no one has ever shown anything to the contrary,” de Blasio said. “There has been lots of noise. But I think it’s really clear in the end we make decisions based on the values i brought before the voters twice.”

Many New Yorkers back home are also asking what in the world their mayor is doing in a place like this at all so far away from the serious challenges facing the city, which is dealing with an affordable housing crisis, a crumbling subway system and a record number of homeless New Yorkers.