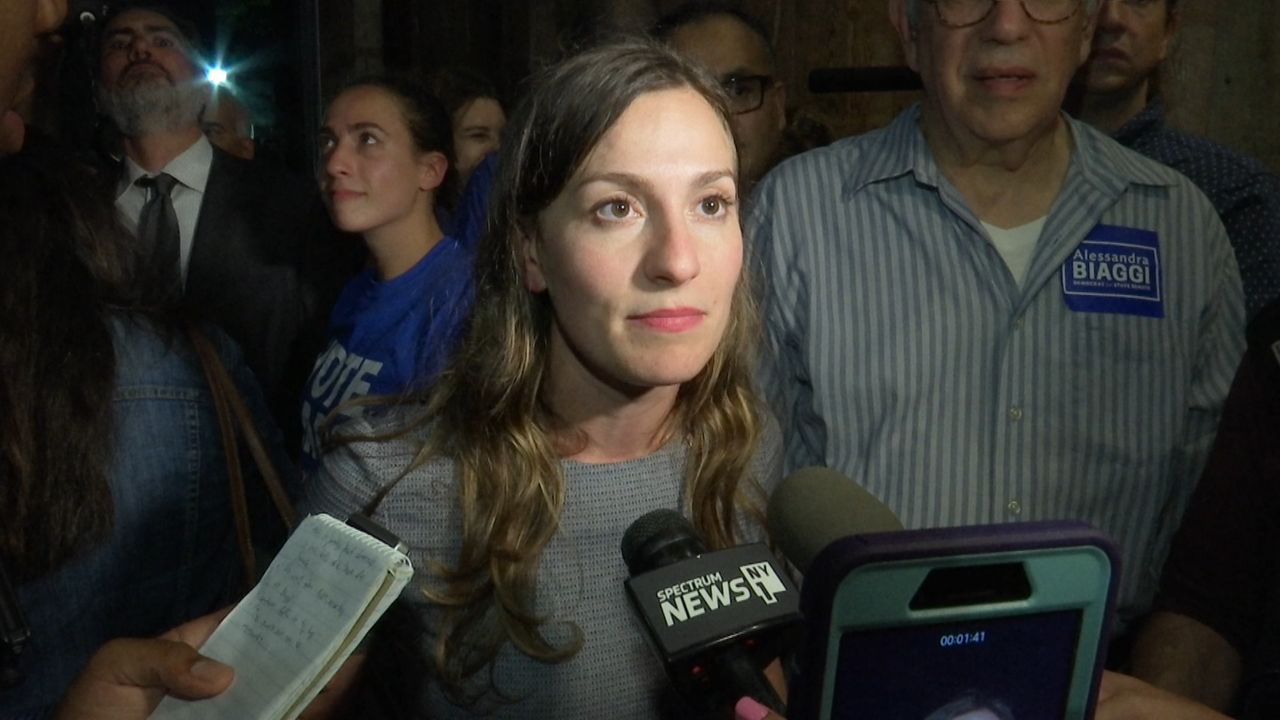 Bumping up against a midnight deadline Sunday night to pass the state budget, there was frustration in the state Senate Chamber when Democrats cut off floor speeches of freshman to keep the roll call vote moving:

Julia Salazar: Ok, just let me wrap up because it was one minute.

Lawmaker Sen. Salazar, we are out of time. Please. How do you vote?

Lawmaker: Sen. Salazar — to be recorded in the affirmative.

Many newly-elected Democrats, who say they represent a newer and more progressive wing of the party, were unhappy with the final budget that was negotiated among the three leaders.

In an email to supporters, freshman Sen. Alessandra Biaggi of the Bronx said, "This process has revealed that there are legislators who talk a big game about working for the people, but who are actually captured by lobbyist influence, and when push comes to shove, they sabotage real progress at the last minute in order to protect their power. The silver lining on this is that now we know who those legislators are and will plan accordingly."

Biaggi's email sounded to some like a threat to run primary races against colleagues.

"I think one of the biggest frustrations, and something I talked about along the campaign trail, is how much legislating takes place within the budget process," said State Sen. Jessica Ramos of Queens. "That's traditionally how it has been done in Albany."

The progressive Democrats thought education aid fell short, that a new system of public finance didn't go far enough, and, perhaps most of all, that the deals were negotiated in secret.

"I'm only one person and my new colleagues are only about a dozen of us," said Assemblywoman Catalina Cruz of Queens. "We are going to have to work really hard to make sure that folks in Albany are seeing things in a different light."

Asked to clarify what Biaggi meant in her email, a spokesperson told us, "The Senator was making an observation that during budget, some legislators conducted themselves rather differently than their previous public comments would have suggested. They know who they are, and they made their choices. It is not our place to meddle in other legislators' behavior."