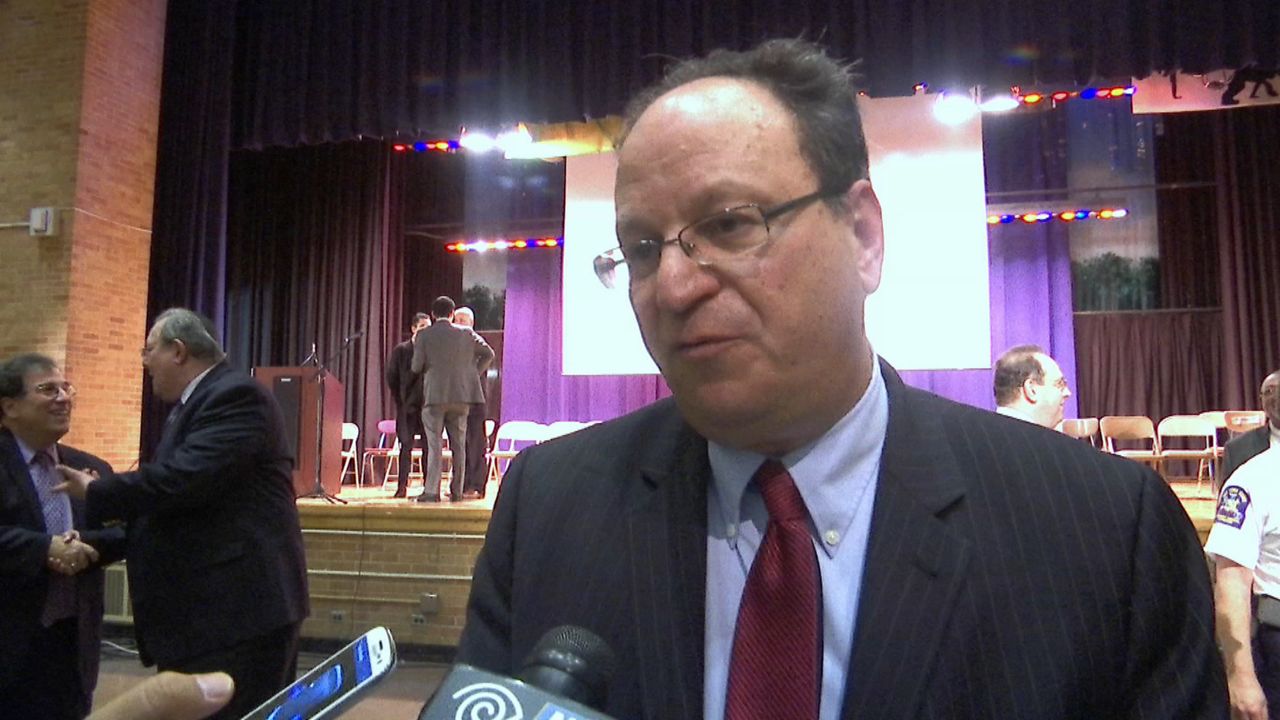 Unwanted attention, blown kisses from across a table, and comments about a female staffer's appearance — those were the accusations leveled against Queens Councilman Barry Grodenchik, who the City Council is now investigating after that staffer accused him of improper workplace behavior.

Members of the council's Ethics and Standards Committee met behind closed doors for more than three hours Thursday and heard testimony from Grodenchik before they decided to move forward with disciplinary action against him.

Grodenchik is the third member of the council to be facing disciplinary charges in recent weeks. Council members Ruben Diaz Sr. of Bronx and Kalman Yeger of Brooklyn also have been punished following controversial behavior.

"Over the course of approximately one year, Council Member Grodenchik paid unwelcome attention to a council staffer, including the following: engaging in dialogue about the staffer's weight that made the staffer uncomfortable with a hug and a kiss," Staten Island Councilman Steve Matteo, chair of the Council's Standards and Ethics committee, said during the hearing.

The council has been investigating the allegations since February. After substantiating what he is being accused of, it must now decide the proper disciplinary action.

"If the committee finds that the councilman violated council policy and believes any sanction is warranted, the report and recommendations of the committee will be forwarded to the full council for a vote," Matteo said.

Grodenchik issued a formal apology after the hearing, saying, "It is never my intention to make any person feel uncomfortable, and I sincerely apologize if my actions had that effect." He also suggested he hugged hello to people who he has known for a long time and promised to be more sensitive in the future.

The day was not without confusion: Grodenchik preemptively suggested he would lose his committee chairmanship as a result of his actions, which Council Speaker Corey Johnson later clarified in a statement to reporters. Johnson said Grodenchik was not yet removed from his post, but he would face disciplinary action in the coming days.

The speaker, however, did use his power to immediately remove Grodenchik from the council's Budget Negotiating Team.

Over the coming weeks, the council will determine how to discipline the Queens lawmaker. Penalties could include everything from workplace training to a fine, censure, or his removal from the council.