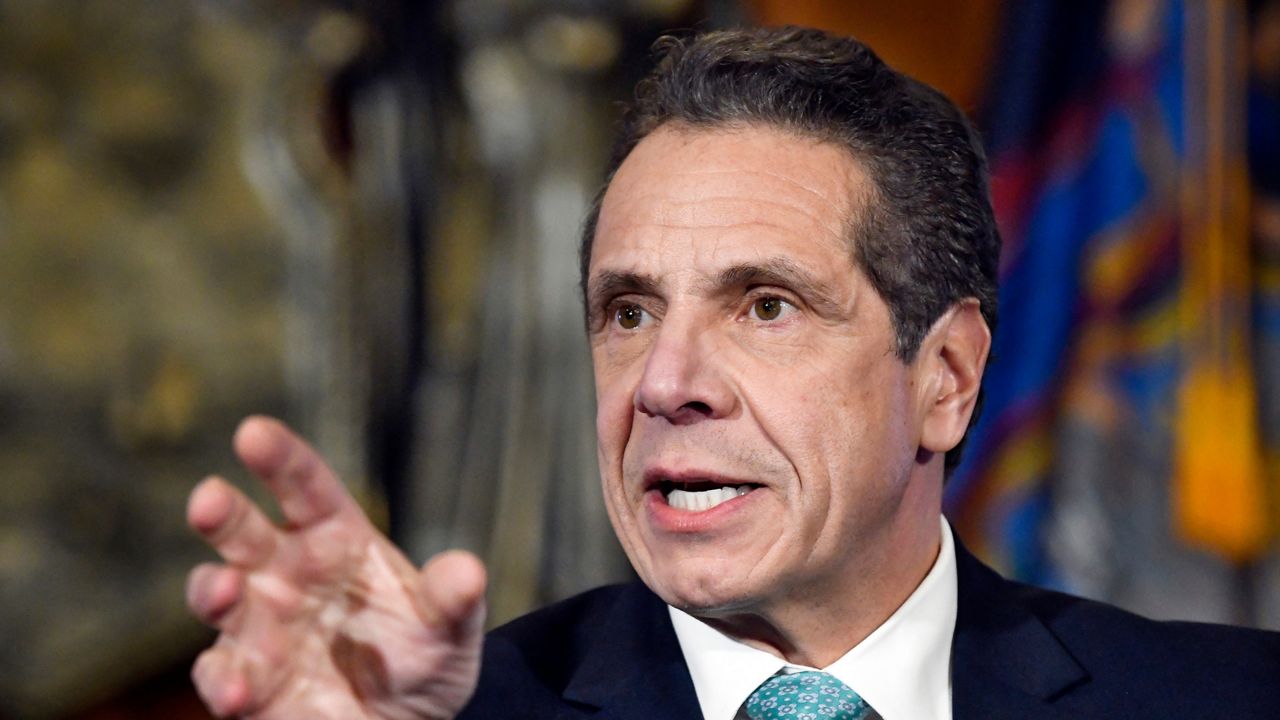 A state lawmaker says changes Gov. Cuomo put into the budget could potentially criminalize people who have policy differences with the governor. Photo credit: Associated Press.

The state budget that passed earlier this week included new language about how the Public Authorities Control Board, or PACB, will function. The changes, which Gov. Andrew Cuomo put in, give the governor authority to immediately remove any appointee.

"Well, it effectively eviscerates the PACB, which was at some point a mechanism to provide oversight over economic development decisions," said State Sen. Michael Gianaris of Queens. "Now it will just be a complete tool of the governor."

State Senate Democrats recommended Gianaris to the board just a couple of months after a deal was announced for Amazon to build a new headquarters in Queens. He represents that portion of the borough and was a fierce critic of the deal and the tax incentives it was set to receive.

The changes Cuomo made to the PACB include a consideration that if any members vote against a deal because of "personal objections," that will be in violation of the law.

"It almost makes it as if anyone who disagrees with him might be subject to violation of the law, the public officer's law," Gianaris said. "So there would be a fear of the criminalization of policy differences in what he's done here."

.@SenGianaris says the language @NYGovCuomo in budget “eviscerates the PACB” and potentially criminalizes people who have policy differences with the Governor. He adds that the budget process “dangerously” favors The Executive Branch. Full story tonight on @InsideCityHall

Cuomo was asked about the change earlier this week. He says the PACB's function has always been merely to review economic development projects based on whether there is enough money at stake, not whether or not they agree with them.

"I can't be a PACB member and say, 'I'm against Amazon. I don't like [Amazon CEO Jeff] Bezos and therefore I am voting against it.' That is beyond my legal authority," the governor said.

Gianaris and his fellow Democrats voted for the PACB changes because they were included as part of the budget. Gianaris says that's because the bill contained many other items that would keep the state running.

"The power in the budget process is dangerously in the direction of the governor," the senator said.

Gianaris says Senate Democrats are talking about passing a constructional amendment which would give the legislature more power when adopting the budget.

.@SenGianaris says discussions are underway to pass a constitutional amendment that changes the power dynamic in the budget process that now allows the Executive Branch to put policy in the budget forcing the legislature to approve it or risk shutting down the government.

.@RichAzzopardi responds to @SenGianaris PACB comments:
"while we know no one has any institutional memory around here-- the last time someone tried to change this process New Yorkers rejected it by an embarrassingly wide margin." https://t.co/K54QYpOXNL