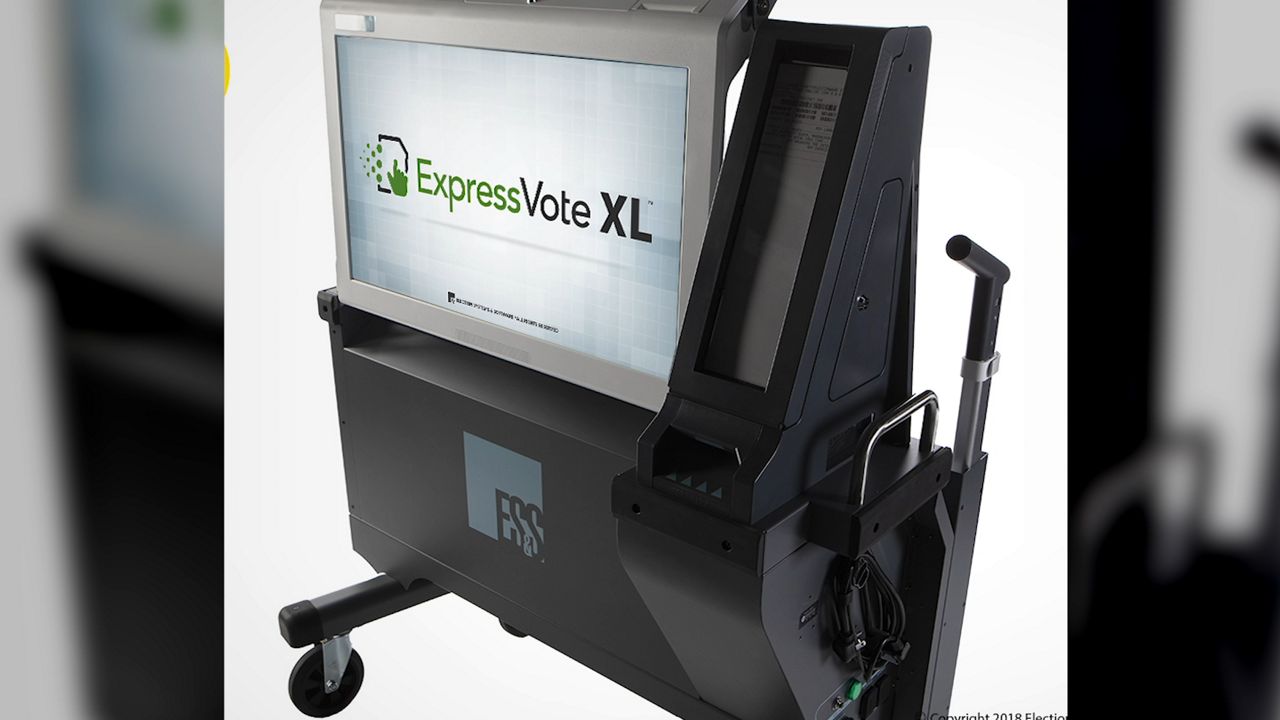 The ExpressVote XL, a new voting machine the city Board of Elections boss is pushing for. It's made by a company he's benefitted from. Image via Election Systems and Software.

The city's Board of Elections is arguing it may need some new voting machines because of early voting, but the board's leader is pushing for machines made by a company he has benefited from, raising questions of conflicts of interest.

For almost 10 years, New York City has used the same type of voting machine: An optical scanner. But now, the city Board of Elections may want to try something else.

It's a new machine called the ExpressVote XL, and it's made by the major voting machine manufacturer, Election Systems and Software (ES&S).

In a letter exclusively obtained by NY1, the city asked the state Board of Elections this week to possibly use the new machine for early voting this year. It says using paper ballots would be virtually impossible.

That's because there will be far fewer poll sites open for early voting than on a traditional election day. Officials question whether every site would be able to keep all of the different ballot configurations for each election district, and this ExpressVote XL machine uses a touch screen to vote instead.

But there is a problem: The state Board of Elections has not certified or fully tested this machine for use in New York.

The city Board of Elections is essentially asking state officials to skirt that approval process, specifically asking permission from the state board to use the machine in this fall's general election.

The letter states "time is of the essence." It is signed by two people. One is the executive director of the board, Michael Ryan.

Only a small village in Westchester has received approval from a judge to use these machines.

Kellner said the city cannot circumvent the state process. "The city board if under a lot of pressure to develop a plan for implementing early voting," Kellner said. "Obviously the vendor is interested in selling as much equipment and as much service … as they can get the city to pay for, so that's the vendor's incentive for pushing something like this."

Ryan's request comes after NY1 uncovered last year that he had been sitting on a secretive advisory board for this same voting machine company. The company paid for him to take trips across the country, attending so-called conferences.

The decision to possibly use the machine was not made at any public meeting of the city Board of Elections. It is not on any of their agendas this month. After NY1 started asking questions, the board added a demonstration to its meeting Tuesday.

All of this is raising serious concerns with voting advocates.

"The arguments that are in this letter hue very closely to a lot of those arguments we hear coming directly from the vendor's salespeople," said Susan Greenhalgh of the National Election Defense Coalition.

"They are picking a piece of voting technology that has been roundly criticized across the country and that is insecure," said Susan Lerner of Common Cause.

No one from the city Board of Elections would go on camera to discuss this story. In a statement, the board claimed it was only asking permission to consider using this new voting machine, despite the very specific request in its letter.

Image above via Election Systems and Software.