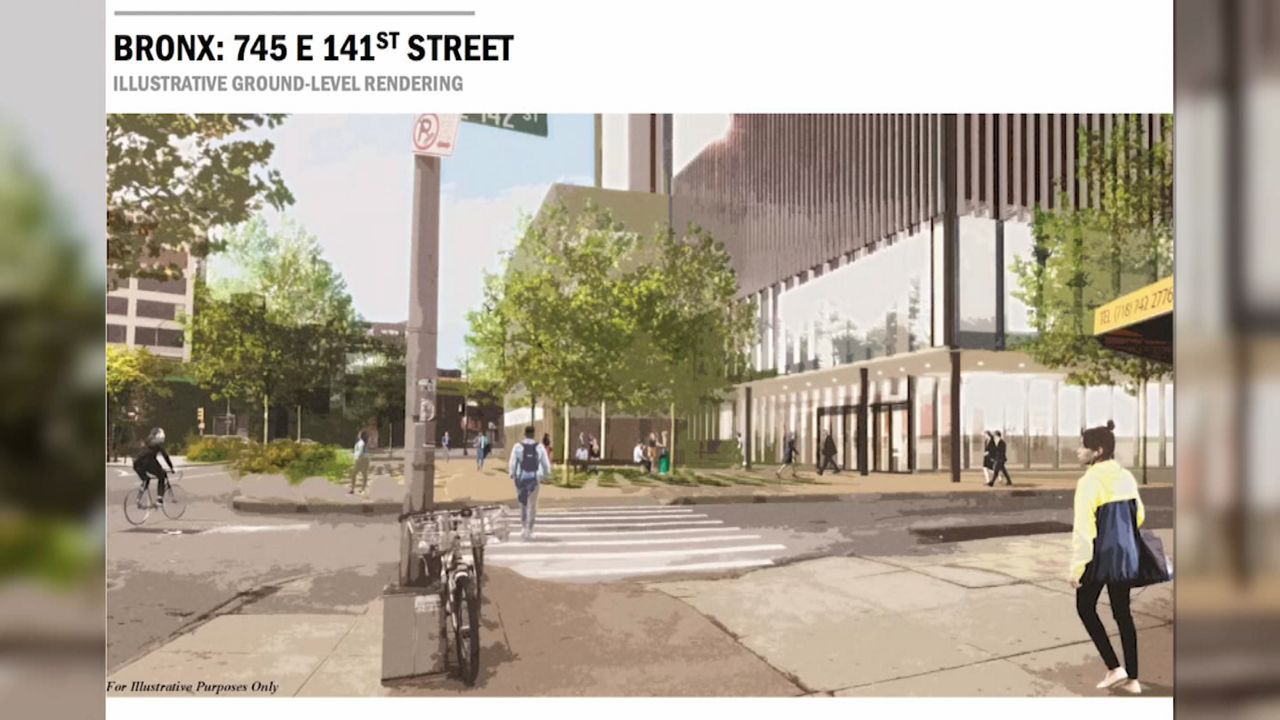 A rendering of a proposed jail in the Bronx to replace Rikers Island.

A noisy, industrial area of the South Bronx will be the site of a new jail.

"I'm not overjoyed," said Bronx Councilwoman Diana Ayala, who represents the district where the jail will be built. "I don't think anyone wakes up in the middle of the night and says, 'Hey, it'd be great to put a jail anywhere.' But we understand why we need to do this."

Ayala will have the final say on the approval process that started earlier this week.

The Bronx borough president, however, is saying not so fast. "You can't say, 'I want it closed, but I don't want this done in the right way,'" Rubén Díaz Jr. said.

He is asking the city to reconsider and pick a site next to the Bronx courthouses. Out of the four borough jails the city is creating to empty out Rikers, the Bronx location is the only one not adjacent to the courts. It is a 14-minute drive from them.

The de Blasio administration has picked the wrong site to build a new jail in The Bronx, and a small decrease in the height of what they have proposed does not change that fact. (1/3) pic.twitter.com/6fjDTCUjzh

Councilwoman Vanessa Gibson represents the area in which Díaz Jr. would like to see the jail.

"Conceptually, I acknowledge should be in close proximity to the courthouse," she said. "But the site in which we are talking about on 161st Street was already deemed unfeasible by the administration."

Díaz complains that he wasn't consulted and that the city spoke only to Ayala.

"She said yes on her own," Díaz said. "She didn't consult anybody who lives here."

"As far as I know, there was no place else that was easily acquired or that was close enough to the courthouse, or close enough to public transportation," Ayala said. "This is how we ended up here."

The plan reserves one-third of the lot to build 234 units of affordable housing.

Opposition to the other borough facilities has been more muted. The approval process could take months.