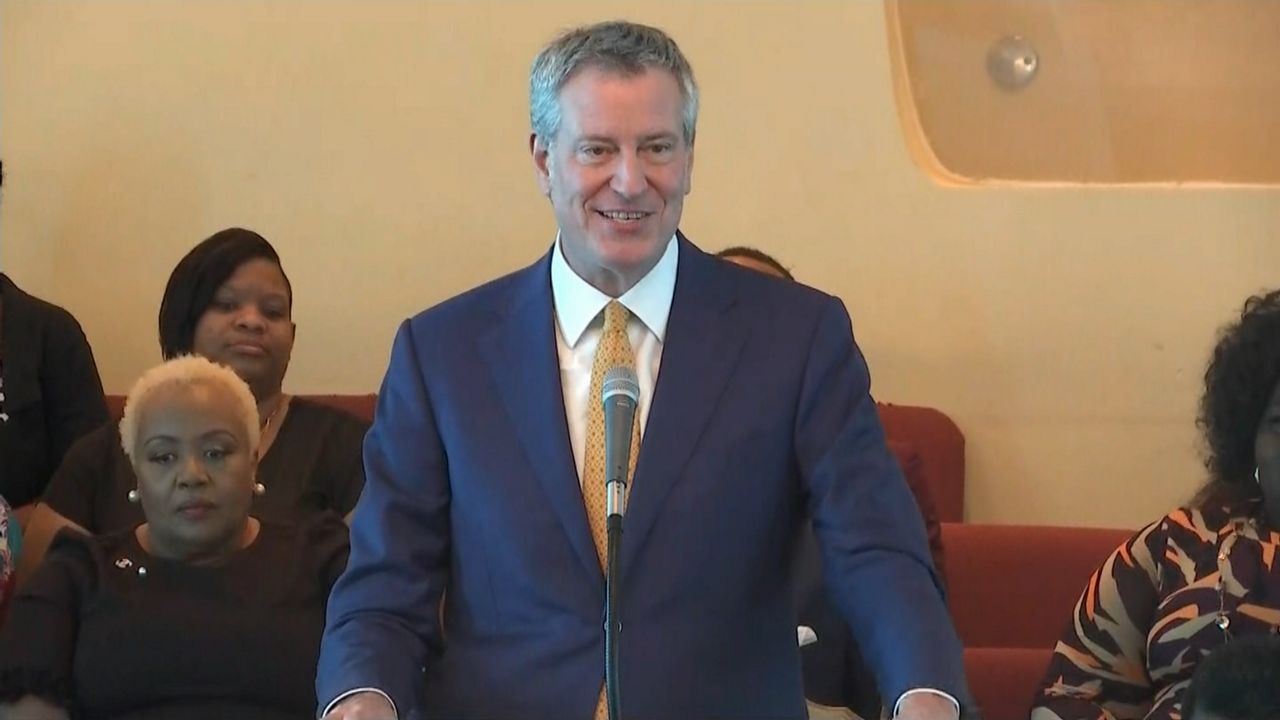 Mayor de Blasio won’t commit to running for president, but he definitely seems to be on the campaign trail.

He spent Sunday visiting churches in South Carolina on the final day of a two day sprint across the state, courting voters and meeting with local leaders.

He addressed parishioners in Orangeburg, a majority African-American town of about 13,000.

The visit included a sing-a-long to the classic but now controversial R. Kelly ballad “I Believe I Can Fly.” The mayor even appeared to flap his arms along to the song.

Still, the reception here was welcome.

“I think he is full of wisdom. He is full of experiences,” Mayor of Orangeburg Michael Butler said of de Blasio. “He leads one of the largest cities in the nation and he has a lot to offer.”

When asked whether or not he thought the people of South Carolina were encouraging of him to run, the mayor said they seemed to appreciate the liberal policies he has to offer.

“I think there’s a lot of people here appreciating the message I am offering. A lot of people responded very powerfully to the idea of working people are not getting their fair share, but also the things we’re doing in New York,” de Blasio said.

The mayor’s first stop in Charlestown was the Mother Emmanuel AME church, the same site of a shooting by a white supremacist in 2015 that killed nine people.

The mayor and his wife, Chirlane McCray, silently stood outside and then went behind closed doors to meet with a reverend.

All weekend the mayor spent much of his time meeting with local leaders and officials. Sunday evening he met with teachers.

His stump speech to them was about his so-called progressive accomplishments. He didn’t offer any new proposals, though.

But he did appear to back Elizabeth Warren’s idea of breaking up large tech companies, like Amazon.

“It is an idea that has to be applied whenever a company becomes too dominant and I think when it comes to the tech company there is real issues about our privacy and the way our society is changing and in some cases they may need some breaking up,” de Blasio said.

When asked whether or not Amazon should be broken up in particular, the mayor opted not to get specific.

“I am not going to answer for each company yet,” he said.

The mayor will not say exactly when he will decide whether he will run for president. He is saying, however, that it will happen sooner rather than later. It’s also unclear if he has any other travel plans coming up.