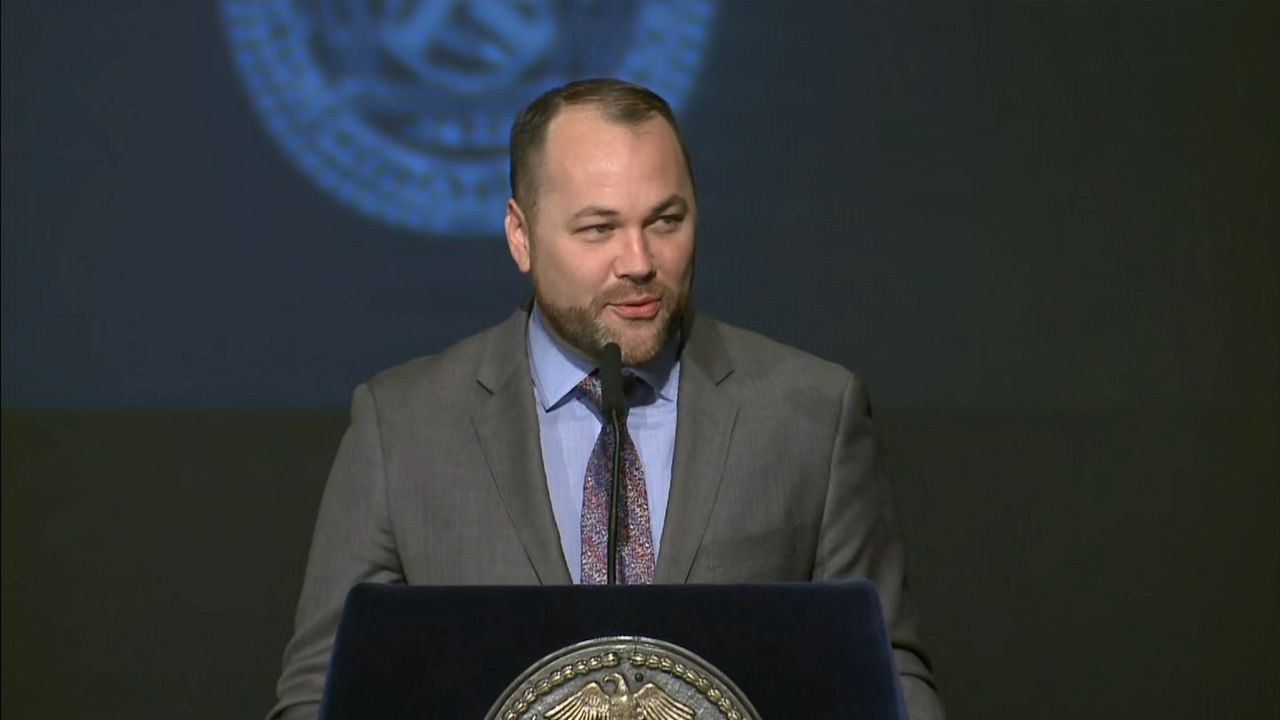 The city council speaker is officially proposing for a New York City takeover of the beleaguered city transit system.

"It's a simple, logical solution: Give us greater fiscal independence and we will fix the system," Corey Johnson said Tuesday afternoon.

A DEMAND FOR BAT

Johnson, who dedicated most of his first State of the City address in Long Island City to transportation woes, released a 104-page proposal that calls for:

Johnson argued municipal control would ensure mass transit can be more accessible and reliable for New Yorkers, and said controlling transit spending would also go a long way to improving the system.

Johnson said, in order to make the dream a reality, congestion pricing must be implemented in the city. He said the City Council is ready to act if state lawmakers can't come to an agreement. Johnson also proposed increasing taxes on corporations to help fund repairs.

"We need congestion pricing now." @NYCSpeakerCoJo says if Albany does not pass congestion pricing this session, the City Council will. "The Council has the authority to pass a local law to toll our roads, and we're prepared to do it." pic.twitter.com/rbjhScZO89

Mayor Bill de Blasio and Gov. Andrew Cuomo rolled out a joint congestion pricing proposal last week that called for charging motorists driving south of 61st Street in 2021 to help fund the MTA, but Johnson expressed concerns about that plan because it would give the state too much say over how the revenue is spent.

Johnson called on the city and state to come up with a new way to ensure taxpayer money is used to improve the transit system, and revenue is raised to build more infrastructure and help the subways and buses. The speaker, then, called for the state to transfer a portion of the Sales Tax the city already pays to BAT so New York City transit would have guaranteed funds and could make long-term transit plans.

But Johnson's ideas are not so simple. It would require cooperation from the mayor, the governor, and state lawmakers, who would have to pass legislation to cede authority of the system. Assembly Speaker Carl Heastie remained non-committal when asked about Johnson's proposal, saying the legislature is focused on fixing all portions of the MTA, not just the city's subways.

"Everything in government is difficult. You've got to try," Lhota said. "What Corey is basically saying is hold somebody accountable. That's exactly what we need to have in the city so that we can get control of our subway system."

De Blasio stopped short of supporting Johnson's plan for a city takeover, saying he is focused on short-term solutions that would improve the system now.

A spokesperson for the governor responded to the speaker's proposal by saying the city already owns the transit system.

Was more than 50 years ago. Originally, the subway was privately-owned and operated. But the city-owned IND line opened in 1932, and under Mayor Fiorello La Guardia the city assumed control of the entire system in 1940.

The MTA was first created in 1968 when Gov. Nelson Rockefeller proposed that the state take control of the city's bridges and tunnels as part of a plan to help subsidize the subway and keep fares affordable.

Since then, the arrangement has also allowed both city and state officials to avoid blame for the system's decline.

A plan for city takeover of the subways and buses is likely to become a campaign issue in the next mayoral election in 2021. Johnson, who is considering running, would not say if this is part of his eventual strategy to run for mayor, but the speech could provide him an opportunity to lay claim to the effort at an early stage.