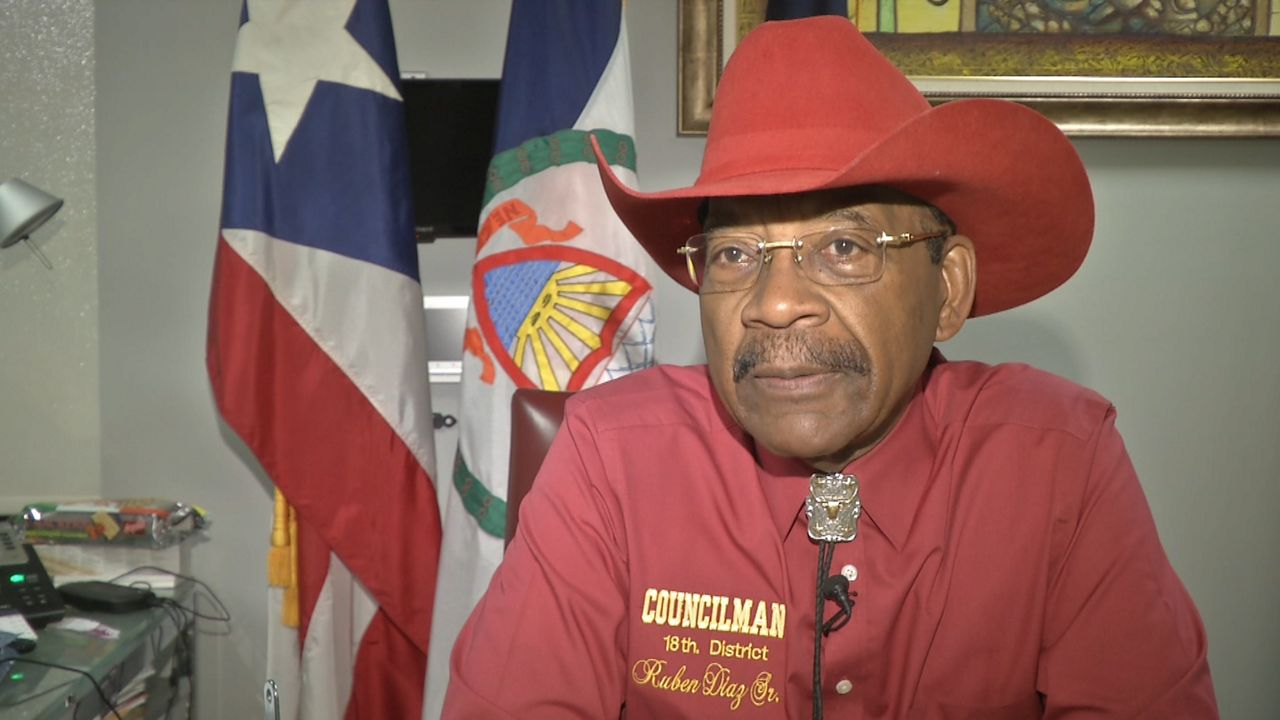 In the wake of a Bronx councilman making remarks widely denounced as homophobic, the City Council on Wednesday dissolved a for-hire vehicle committee that was created for the lawmaker.

45 council members voted to end the Committee on For-Hire Vehicles. Only one member, Brooklyn Councilman Chaim Deutsch, voted to keep the committee, while three abstained from the vote.

The first no vote comes from @ChaimDeutsch, a center-right Democrat who has made controversial comments about the LGBT community before.

The committee, which was in charge of regulating the taxi industry, was created for Councilman Rubén Díaz Sr. last year. He's under fire after refusing to apologize for saying the council is "controlled by the homosexual community."

Regulation of the taxi industry is expected to go back to the Transportation Committee. That committee's chair is Manhattan Councilman Ydanis Rodríguez, who is now running for Public Advocate with the endorsement of Díaz.

FHV would go back to the Transportation Committee chaired by @ydanis. @NYCSpeakerCoJo says he hasn’t spoken to him about it yet.

Rodríguez was one of the council members who abstained from the vote. He said he didn't agree with Díaz's position, but he argued the Bronx lawmaker did good work with his committee.

@ydanis abstains, doesn’t agree with @revrubendiaz’s position but he says he did good work in FHV Committee. Ydanis has the endorsement of Díaz Sr. for Public Advocate.

The City Council's Rules Committee voted unanimously to dissolve the committee earlier in the day before it went to the full council vote.

City Council Speaker Corey Johnson, who is openly gay, was among those who called for Díaz Sr. to resign.

Díaz Sr. has a long history of controversial remarks about LGBTQ issues. During a 2009 interview on NY1 Noticias talk show Pura Política, when asked about whether being gay was an option, the then-state senator said: "It's like having sex with animals. A lot of people want that, too," he said in Spanish.

Interview 2009: “So you think being gay is a choice?” Then state senator Rubén Díaz Sr.: “It’s like having sex with animals. A lot of people want that, too.” @NY1 @InsideCityHall pic.twitter.com/JpCDL0eQnn

"This behavior is not new. I don't think any amount of education is going to help him," Queens Councilman Daniel Dromm, who is openly gay, said before the vote while holding back tears.

.@revrubendiaz once said the Gay Games shouldn’t come to NYC. In 1984 he suggested people would get aids if the games were hosted here. @NYCSpeakerCoJo, who is openly HIV positive is now retelling that story on the @NYCCouncil floor.

Johnson now says he regrets giving Díaz a chance and making him the chair of the committee regulating the taxi industry.

As he opens vote to dissolve the For Hire Vehicle committee and strip @revrubendiaz of his chairmanship,@NYCSpeakerCoJo says he was reminded about the fears he felt as a teenager that the world would hate him for being gay. He apologizes to all members for the ordeal.

"I try to give everyone a fresh start. Clearly that was a mistake, because, as you well documented, Juan Manuel, last night on Inside City Hall and over the last many days, the history is deep on that," Johnson said to NY1's Juan Manuel Benitez on Tuesday.

Díaz Sr. was not present in the council chambers for the vote. Reached by phone, he declined to comment. His supporters plan to gather at his Bronx office Thursday at noon.

Just got a hold of @revrubendiaz: “Goodbye, goodbye I don’t want to talk to you. Tomorrow tomorrow,” and then he hung up.
The rev is expected is expected to gather at his Bronx office tomorrow.

The Díaz matter was referred to the Ethics and Standards Committee, which on Tuesday started the investigation into the councilman's remarks.

The council rules establish possible sanctions to members whose behavior may violate policies against discrimination. Those sanctions can range from limiting a member's power, to full expulsion from the council — which would require a full council vote.