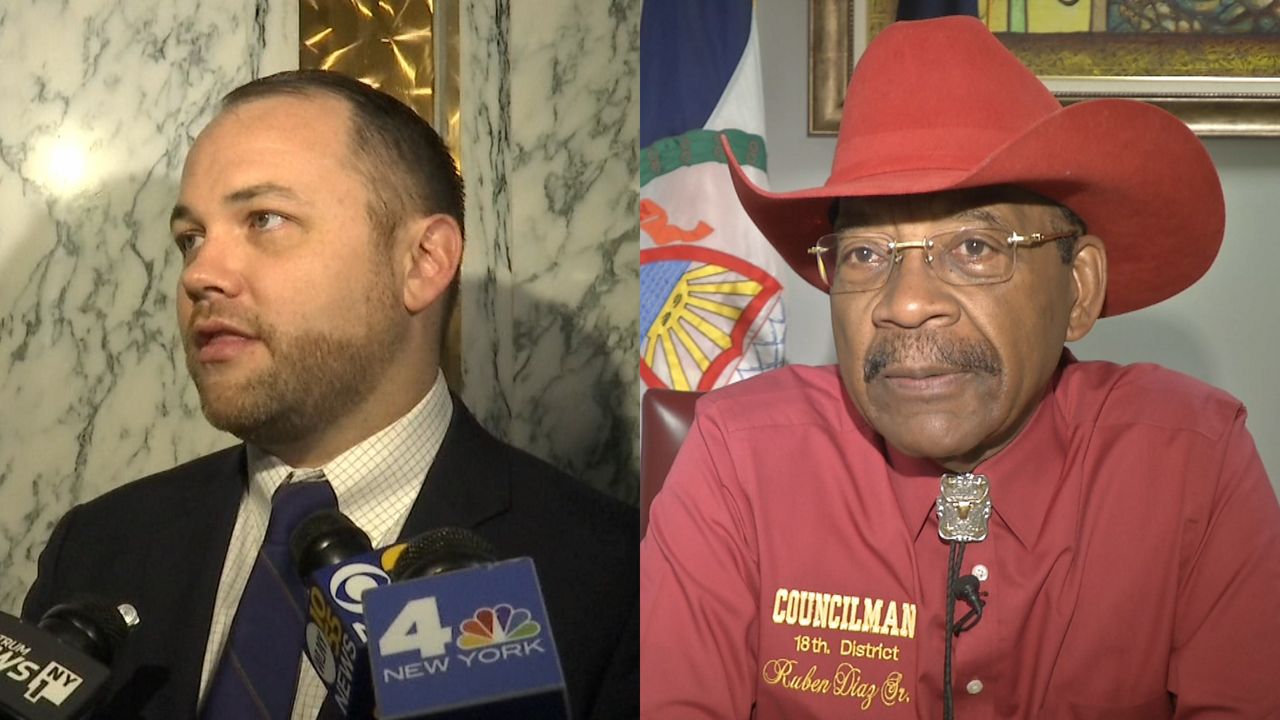 "I think he should resign," Johnson said to members of the media on Monday. "It's not up to me, but I think what he said is totally unacceptable."

Johnson was referring to a radio interview that the Bronx councilman gave to a Spanish-language show more than a week ago, in which Díaz claimed the City Council is "controlled by the homosexual community."

"When you say things like that, you are a homophobe," Johnson, who is gay, said about Díaz's comments.

During the radio interview, Díaz also explained how he requested to chair the Committee on For-Hire Vehicles as part of the Bronx delegation deal to help Johnson become speaker early last year.

"I regret the fact I made him chair," Johnson said.

.⁦@NYCSpeakerCoJo⁩ says ⁦@revrubendiaz⁩ should resign. Adds that he has “some regrets” about working with Diaz, including giving him a Committee Chairmanship. Says Diaz used “vicious, Trumpian language” and will likely face some form of punishment. pic.twitter.com/mOhMljK4M5

Over the weekend, many City Council members and elected officials asked Díaz for an apology, including his own son, Bronx Borough President Rubén Díaz Jr.

"What he was saying is that while there's five openly-gay members of the City Council right now out of 51 — less than 10 percent — we have somehow amassed far too much power," Van Bramer said.

But Díaz sees no wrong and refuses to say he's sorry.

What’s homophobic about saying that the gay community controls the nyc city council ? I’m giving them credit for the power and influence they have.

To all of you out there who are asking me to resign. Sorry to disappoint you but You should Know that the only ones that can ask me to resign are the residents of the 18th C. D. and that will be on Nov. 2021. That’s why we have election!!!!

"He could do the right thing now and apologize and that could change the situation," Mayor Bill de Blasio said. "But if he refuses to do it, he should leave."

"I think it's disrespectful and in very poor taste," Gov. Andrew Cuomo said. "If he should be sanctioned, that's up to the council president, Corey Johnson."

Díaz's incendiary remarks on LGBTQ issues are not new. During a 2009 interview on NY1 Noticias talk show Pura Política, when asked about whether being gay was an option, the then-state senator said: "It's like having sex with animals. A lot of people want that, too," he said in Spanish.

Interview 2009: “So you think being gay is a choice?” Then state senator Rubén Díaz Sr.: “It’s like having sex with animals. A lot of people want that, too.” @NY1 @InsideCityHall pic.twitter.com/JpCDL0eQnn

Díaz didn't respond to our request for comment. His supporters are planning to gather at noon at his Bronx office this Thursday.