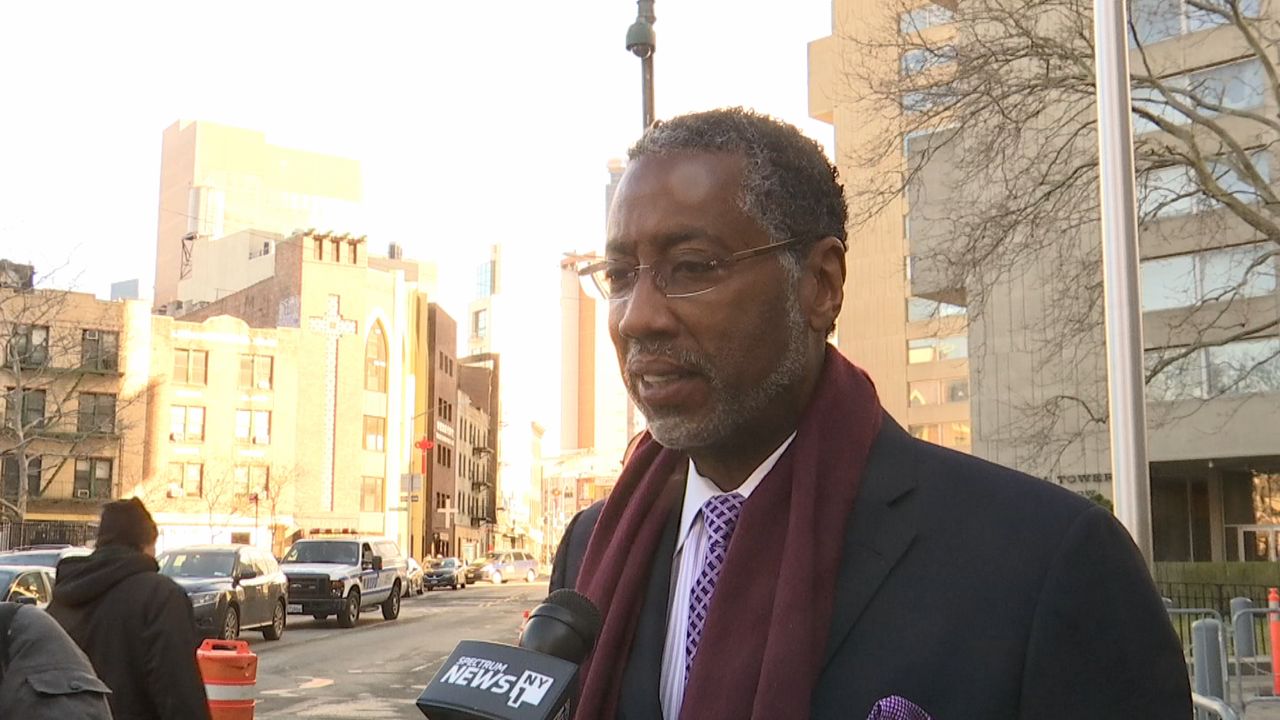 Norman Seabrook led the city's correction officers union for more than two decades. Now he will soon go to prison himself.

The former president of the Correction Officers' Benevolent Association (COBA) was sentenced Friday to nearly five years behind bars on corruption charges.

Seabrook, who led the correction officers union for more than 20 years, was sentenced to 58 months behind bars — that's four years and 10 months.

Gross: Why do you think you are going to win on appeal?

Seabrook: That's up for the counsel to discuss.

Once one of the most powerful union leaders in New York, Seabrook was convicted of bribery and conspiracy last year. He allegedly took a kickback for sending millions of dollars of the union's pension funds to a hedge fund. $19 million of the union's money was lost. Seabrook and the other defendants linked to the scheme will have to pay that money back.

"If he wins the lottery and gets $19 million, at that point we will worry about it," Paul Shechtman, Seabrook's attorney, said outside the courthouse.

It was the second time this case was tried. The first trial in 2017 ended in a mistrial.

Much of the case for federal prosecutors hinged on the testimony of a big Bill de Blasio donor, Jona Rechnitz, who said his campaign contributions bought him access to City Hall.

All along, Seabrook has remained defiant, claiming he was innocent and did nothing wrong. In fact, at no point Friday did he show remorse or contrition. He plans to appeal the conviction.

In the courtroom, the judge said Seabrook had dignity and inner strength. He questioned why people who do an enormous amount of good commit crimes.

"He is a big Knicks fan," Oakley told us.

There is no word yet on when Seabrook will report to prison. He may end up staying out on bail pending appeal.