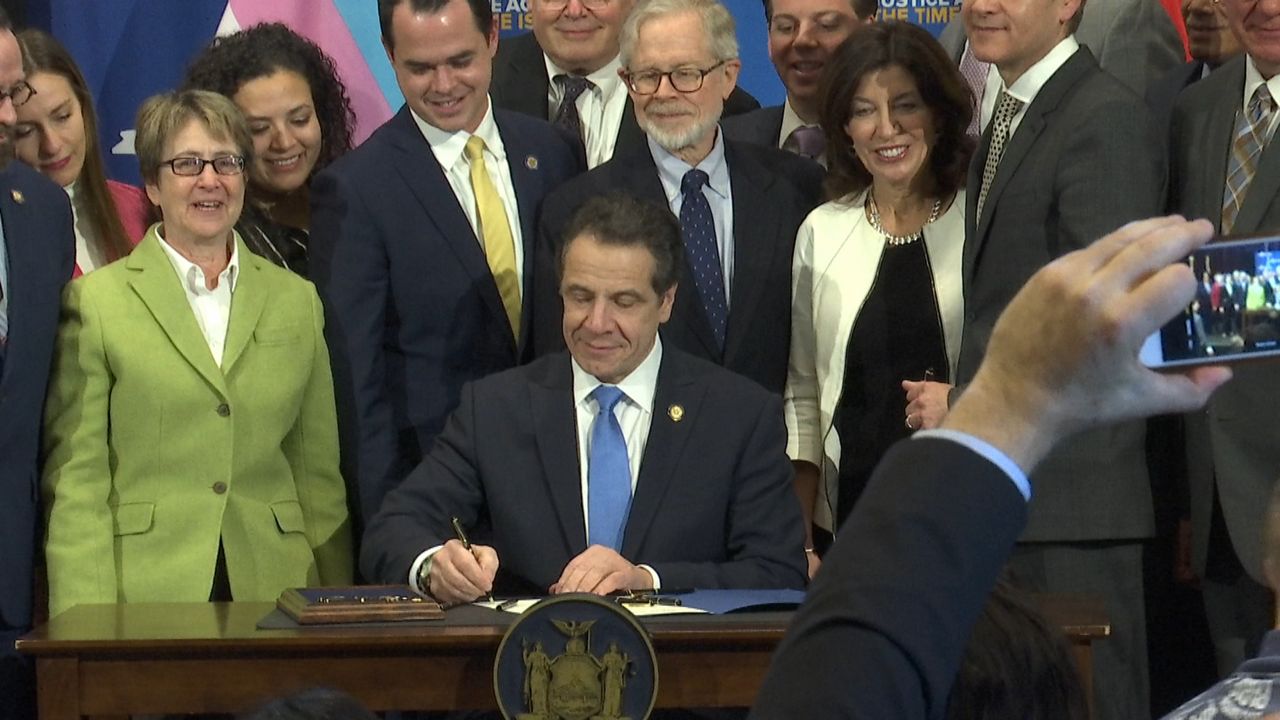 Gov. Andrew Cuomo was in the West Village on Friday to sign legislation known as the Gender Expression Non-Discrimination Act (GENDA), which bans discrimination against transgender and non-binary New Yorkers.

"You made it ok for someone like me, for someone like my sisters and my brothers, to be able to be in New York City, in New York state, and have the surgeries that we need, that make us stand up and be proud and be who we are," actor Dominique Jackson said at the signing ceremony at the Lesbian, Gay, Bisexual & Transgender Community Center.

"This, my friends, is New York at its best," Cuomo said to an audience of supporters as he prepared to sign the measure.

In addition to GENDA, the governor also signed a bill Friday banning conversion therapy for minors, in which a therapist tries to change a young person's sexual orientation.

A few years ago, Cuomo signed an executive order that banned discrimination against transgender New Yorkers covered. But advocates have been saying to make those protections permanent, it needs to be done legislatively and signed into law.

Cuomo had also used his executive authority to prohibit insurers from covering any therapy involving conversion therapy for minors. The new statute goes further by fully outlawing it for young people. The practice has already been condemned by leading psychiatric and psychological associations.

New York is the 15th state to ban conversion therapy for minors. Twenty states and the District of Columbia have laws prohibiting discrimination based on gender identity.

WHAT LEGISLATION COULD NEW YORK PASS NEXT WEEK?

GENDA is one of several pieces of legislation that have received new life after they were stuck in Albany's quicksand for years. Democrats now control both houses of the legislature and haven't wasted any time moving long-stalled bills.

Next week, both houses are expected to pass the Child Victims Act. That bill would raise the age for victims of childhood abuse to sue individuals and institutions from the current age of 23 to the age of 55.

The legislature is also slated to take up additional gun control measures, including the "Red Flag Bill," which would allow authorities and family members to take guns away from potentially dangerous people.