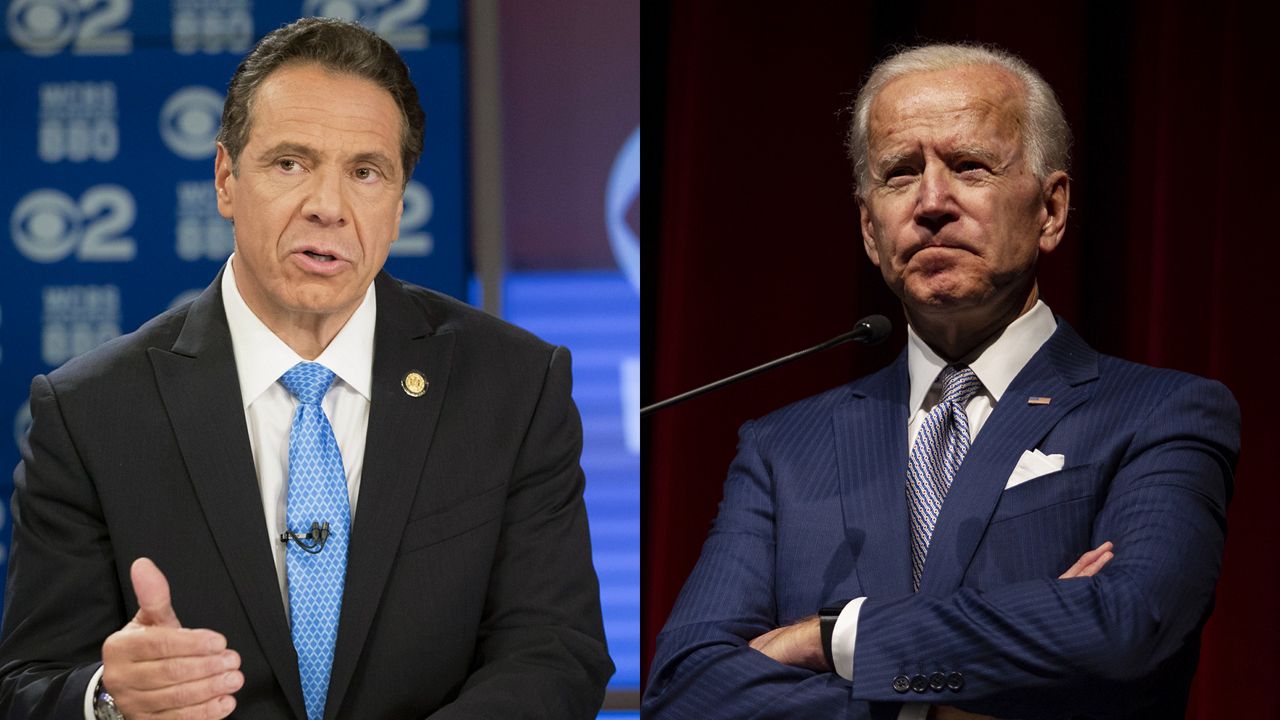 Sources: Cuomo Would Endorse Biden if He Runs for President

Although he barely mentioned President Donald Trump by name, the message of Gov. Andrew Cuomo's third inaugural address on Ellis Island was unmistakable: New York embraces new immigrants and diversity, while the administration of Trump stokes fear and division, particularly when it comes immigration.

"What makes New York great is that we will not tolerate hate in our state," the governor said Tuesday.

Long rumored as a potential candidate for president in 2020, Cuomo has insisted he isn't running. But that doesn't mean he isn't testing the waters to announce he's running later this year.

"I would be surprised if there weren't at least some exploratory feelers out, at this stage," said David Birdsell of Baruch College. "It may be that he wants to see what happens in the initial scrum. We know that there is just a host of aspirant Democrats right now angling for the primary."

While the first primaries of the 2020 presidential campaign are still a year away, candidates who are serious about running will likely have to make a decision within the next few months. For Cuomo, that could be as late as April, after the state budget is due.

"Well, it does have to be made very soon, but this is also somebody who has a deep fundraising network that can be rolled into action very, very quickly," Birdsell said. "An exploratory committee could be set up very, very quickly."

Sources say Cuomo will endorse former Vice President Joe Biden if he gets in the race. The two are longtime friends and allies, and Cuomo reiterated his support for Biden in a radio interview Wednesday.

Cuomo was also asked whether he would run on a ticket with Biden as vice president, and he did not rule it out, saying for now at least, he isn't focused on any of that. The new legislative session in Albany is set to begin January 9.