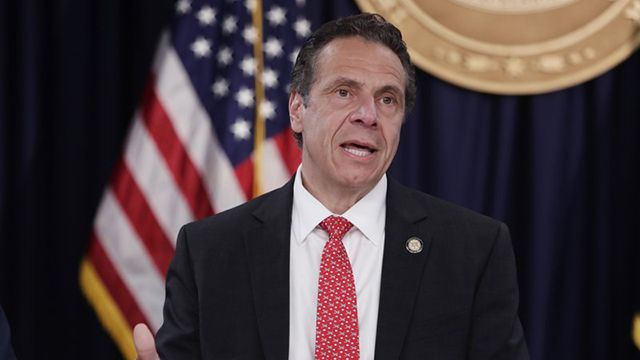 Gov. Andrew Cuomo on Monday laid out his agenda for 2019, outlining some of the key laws progressives hope will pass in a Democratic-controlled state government.

Here are some of the items Cuomo says he intends to push for in 2019:

Just last year, Cuomo called marijuana a "gateway drug." But after his Democratic primary opponent, Cynthia Nixon, called for the legalization of pot earlier this year, and more elected officials expressed support, the governor is calling for an about-face to join neighbors Canada, Massachusetts, and Vermont in legalizing recreational pot use by adults. Democratic leaders in the state Senate and the state Assembly are in favor of legalization.

Cuomo offered few details about how legalized pot would be regulated, who would do the regulating, and how much revenue the state would gain from retail sales of marijuana. Some have called for the revenue to go to the MTA. Mitchell Moss of NYU's Rudin Center for Transportation recently found that legalizing recreational weed in New York could generate as much as $670 million a year in tax revenue for the beleaguered transit system. The agency says it needs $40 billion over 10 years for its "Fast Forward Plan" to repair and modernize the subways.

The governor will seek to restructure the MTA, which he is in charge of, calling the agency's structure "outdated" and in "dire need of funding and organization." Cuomo did not, however, specify how he wanted the MTA's structure to change. In order to raise money for the cash-strapped agency, Cuomo said he'll again push for congestion pricing that would place tolls on vehicles entering the busiest parts of Manhattan. It's not clear if congestion pricing would have the votes to pass in the state legislature, as some state lawmakers from boroughs outside Manhattan have opposed previous attempts.

From a lack of early voting to the fact that voters must declare a party affiliation more than six months before a primary, New York can make voting hard. Thus, the state's voting laws, some of which haven't been overhauled since 1894, have for years come under scrutiny by progressives who want significant reform.

Seemingly feeling the pressure, Cuomo has proposed making Election Day a state holiday to encourage more New Yorkers to vote. It's an echo of advocates who have called for Election Day to be a federal holiday. If lawmakers were to pass such a bill, not every worker would get the day off since it wouldn't be a federal holiday, but state employees would get the day off.

Voting reform has been described as "low-hanging fruit" for the Democratic Party and could pass as early as January. The demographics of New York state greatly favor Democrats when it comes to voter registration, roughly 3 to 1. Reforms that make it easier for more people to vote have previously been blocked by Senate Republican incumbents, who usually benefit from lower turnout elections. With Democrats set to be in charge, though, lawmakers would almost definitely pass early voting, which is already available in many states, to allow people to cast their ballots in advance of Election Day by mail.

Some of the other voting reform proposals from Cuomo:

Around 1 million New York City apartments are rent-regulated, which means they have special rules in place meant to ensure that tenants' rents don't rise too quickly or too high. But tenant advocates say the current laws do not go nearly far enough, and they've long called for a major overhaul. At the top of many advocates' wish list, then, is an end to what's known as vacancy decontrol, the mechanism that allows a rent-regulated apartment to shed its protections for tenants when rent top $2,733 per month. An estimated 250,000 to 500,000 New York City apartments have lost rent protection over the past quarter-century.

Democrats in the state Senate say enacting stronger protections for tenants is a top priority, and in his speech Monday, Cuomo again called for an end to vacancy decontrol. Some advocates remain skeptical about the governor's commitment, however; since 2010, real estate interests have donated nearly $16 million to Cuomo, the most of any single industry.

Cuomo also pledged to pass the Reproductive Health Act, which would codify the landmark Roe v. Wade Supreme Court decision in New York state, within the first 30 days of the new session. The governor also made this pledge in October during his re-election campaign.

New York state abortion law actually predates Roe v. Wade, legalizing abortion in 1970, three years before the decision. But New York's law placed abortion in the criminal code, and it does not allow non-physicians to perform the procedure.

The New York law never had much of an impact because a right to an abortion was guaranteed under federal law. But now with a conservative-majority United States Supreme Court, supporters of women's reproductive rights would like to see the same protections afforded to women under federal law codified into state law. The Reproductive Health Act would do that. It previously passed the Assembly only to be blocked in the Senate.

SOME OF THE OTHER ITEMS ON CUOMO'S AGENDA

A ban on bump stocks, and increasing the waiting period to purchase guns from 3 to 10 days.

Additional resources to poorer schools from state and local districts.

A complete ban on corporate contributions to political candidates.

Cuomo's 45-minute speech, which he made to the New York Bar Association in Manhattan, detailed a 20-point agenda for his first 100 days of his third term in office. It included 32 references to Franklin D. Roosevelt, a fellow Democrat and former New York governor. Cuomo touted liberal accomplishments while vowing to continue to fight Trump administration policies he says are detrimental to New Yorkers.

"My friends, let this agenda be New York's Declaration of Independence," Cuomo said. "We declare independence from this federal government's policies."

With a Democrat-controlled Senate to be seated along with the already Democrat-led Assembly when the legislature reconvenes next month, Cuomo is optimistic about moving forward with what he referred to as his "justice agenda."

Cuomo, a potential candidate for president in 2020, won election to a third term last month, easily defeating Republican challenger Marc Molinaro. During his speech, the son of former Mario Cuomo — also a three-term New York governor — reinforced his criticism of President Donald Trump's Republican policies, including the federal government's cap on state and local tax deductions. The governor has called the cap an "economic missile" aimed at New York and other high-tax states.

With Cuomo's third inauguration is set for January 1 on Ellis Island in New York Harbor, the governor's annual State of the State address, typically delivered before a joint session of the Legislature in early January, will be combined with his state budget presentation to lawmakers later next month.