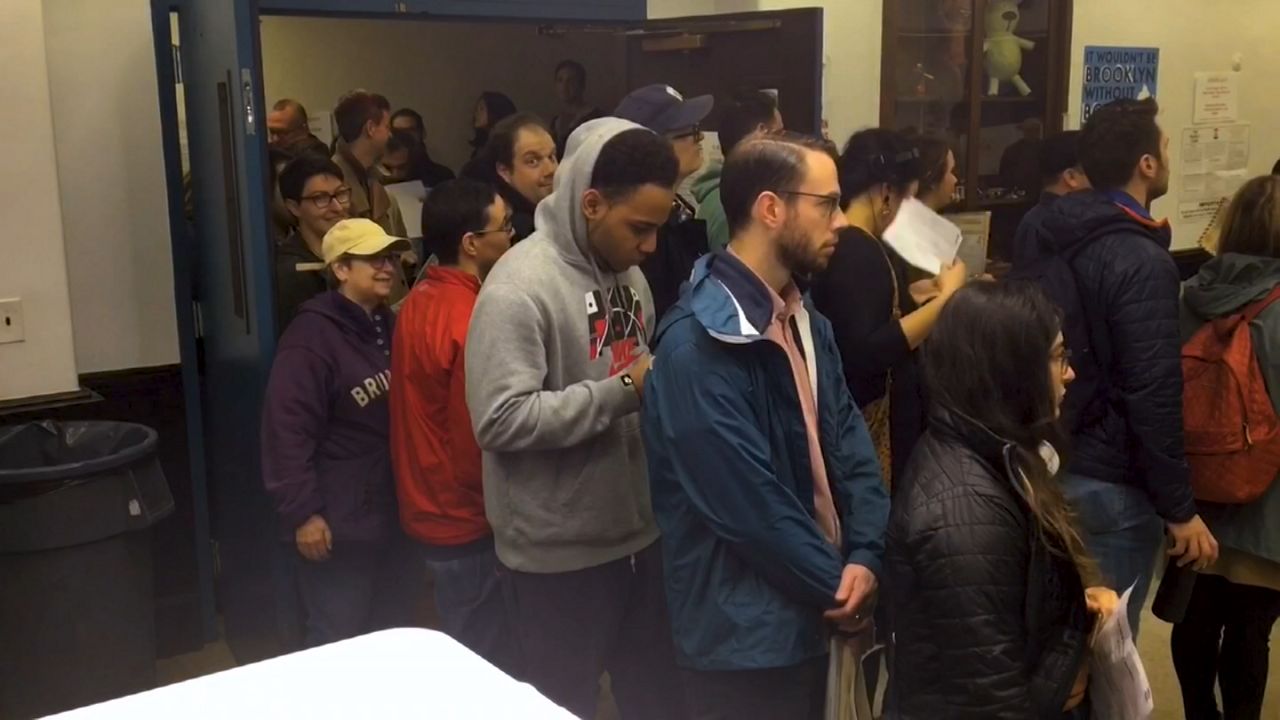 NYers Were Fuming About Poll Site Chaos. Here's the Response from Elected Officials.

We knew New Yorkers would be talking about the midterm elections long after the polls closed — but we thought the conversation would be about who won the races, not how the actual process of voting broke down in the city:

New Yorkers have reported problems at the polls all day, including broken scanning machines. The result has been some very lengthy lines. #NY1Politics pic.twitter.com/yLc5OFTxwp

We are seeing lots of reports of broken scanners and long lines at several polling locations, particularly in #Brooklyn at PS 22 and the McGuinness Senior Center. Tag us with what you are seeing using #ny1politics

1-hour wait(!!) to vote at the mobbed Bk Central Library polling place at noon, a time when voting normally takes about 3 mins. Only 2 scanners here, 1 is broken. @BOENYC pic.twitter.com/A4DJMt4pOh

Voter tells me he abandoned his completed ballot at his Crown Heights polling place (St Marks and Classon) because 3 of the 4 ballot scanners were broken. The line for the one remaining scanner was so long he said it was creating a fire hazard & he had to drop his son w a sitter.

PS9 is packed. Emergency ballot procedures are in place because of broken scanners. pic.twitter.com/iZUgPE5kLW

"The really bad news is that the Board of Elections simply can't function," Mayor Bill de Blasio said.

Indeed, Election Day in New York was marred by widespread problems: Broken ballot scanners and long lines that stretched on around the block. Rainy weather apparently compounded the problem, with damp paper ballots jamming the machines.

Why so many problems voting in NYC today? Here are some explanations, from the executive director of the @BOENYC. Wet ballots. The first two page ballot (so double the chance for each voter to jam). High turnout. pic.twitter.com/62QdjsbB2A

"It is so hard to vote in this state. It is a joke," Gov. Andrew Cuomo said in a radio interview with WVOX 1460 AM.

Cuomo and de Blasio may be demanding a voting overhaul, but election reform advocates have grown skeptical of such calls since so little has been done to improve the system. New York is one of only 13 states in the United States that does not allow early voting.

But now that Democrats have won control of the state Senate, and are in charge of the entire state government, all eyes are on Albany and the pressure is on.

"We want to roll up our sleeves and work on voting reforms and make Election Days work more smoothly and allow more people to vote," State Sen. Michael Gianaris of Queens said on "Mornings On 1" on Wednesday.

Voting reform is expected to be at the top of the Democrats' agenda in January. It could be a two-part approach, with an overhaul of the city's Board of Elections on the table in addition to bigger changes in the state's voting laws.

"There are things we could do on a policy basis — like early voting, automatic registration, make it easier to vote by mail — that will allow more people to participate without having to show up on one particular day," Gianaris said.

De Blasio says it should not be complicated. "It's simply a majority vote of the [state] Assembly and the Senate and the signature of the governor," the mayor said. "That's all it takes, and they should get it done by April 1."

And if changes are not enacted quickly? Well, New York could be poised for an even bigger day of problems at the polls in the presidential election in 2020.