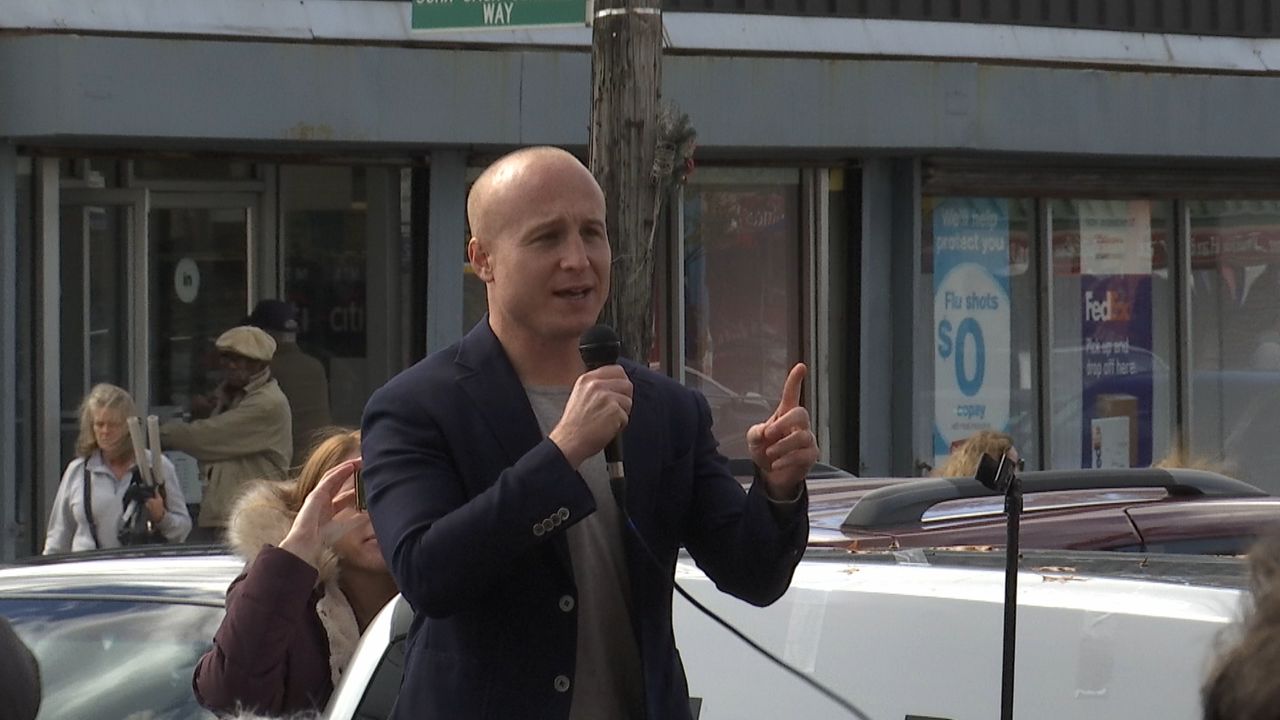 Democrats have successfully flipped enough seats to once again control the U.S. House of Representatives, and one of those seats was right in New York City. A Democrat will represent Staten Island and southern Brooklyn after he ousted the last Republican congressperson in New York City. Here's how it happened:

Congressman-elect Max Rose surfed on a "Blue Wave" that slammed onto the shores of Staten Island on Tuesday night.

"We did this on the ground, talking about how, in big and bold and dynamic ways, government can get back on the side of people," the Democrat said.

He unseated a longtime official. Dan Donovan has served in public office on Staten Island for decades.

"We haven't analyzed why it happened yet, but I am very proud of my record," the Republican representative for the 11th Congressional District said after he lost the election.

So what happened? No question, turnout was high for a midterm election.

Preliminary results show more than 180,000 people cast ballots in the race. That's 43 percent of the electorate.

"I think Staten Island needs a change," one woman said at the Staten Island Ferry terminal. "I think he's got fresh ideas and I am excited."

Rose was able to beat Donovan on both sides of the district, in both Brooklyn and Staten Island.

Here, you can see Rose districts in blue and Donovan's in red:

Rose dominated the North Shore of Staten Island and Brooklyn, and he also made inroads in areas that are typically GOP territory.

Compare that to the last time there was a competitive race during a general election:

Hot takes - 2014 turnout map (last time #ny11 was competitive in general election) versus 2018. @MaxRose4NY barely won #StatenIsland but made inroads in what had been #gop territory. Also #brooklyn went big for him pic.twitter.com/Nju8B0ndeK

You can see how Rose was able take hold of more of the North Shore and gain traction in areas in the middle of the borough.

One factor: for months, the Rose campaign, and the candidate himself, had gone door-to-door, trying to convince voters to come to their side. Donovan, they say, got outworked.

On the final weekend, thousands of volunteers for Rose poured into the district:


The turnout to canvass for @MaxRose4NY on #statenisland this morning is pretty huge. We are told there are enough volunteers to canvass the whole island pic.twitter.com/wCEgQtbhR4

Rose also raised almost twice the campaign cash as Donovan, meaning he was not only always on the ground, but also on the air in campaign ads.

All along, Rose mostly stayed clear of Donald Trump. Criticizing the president was not crucial to his campaign, but clearly anger on the left drove people to the polls, putting a Democrat in this office for the first time in 10 years.