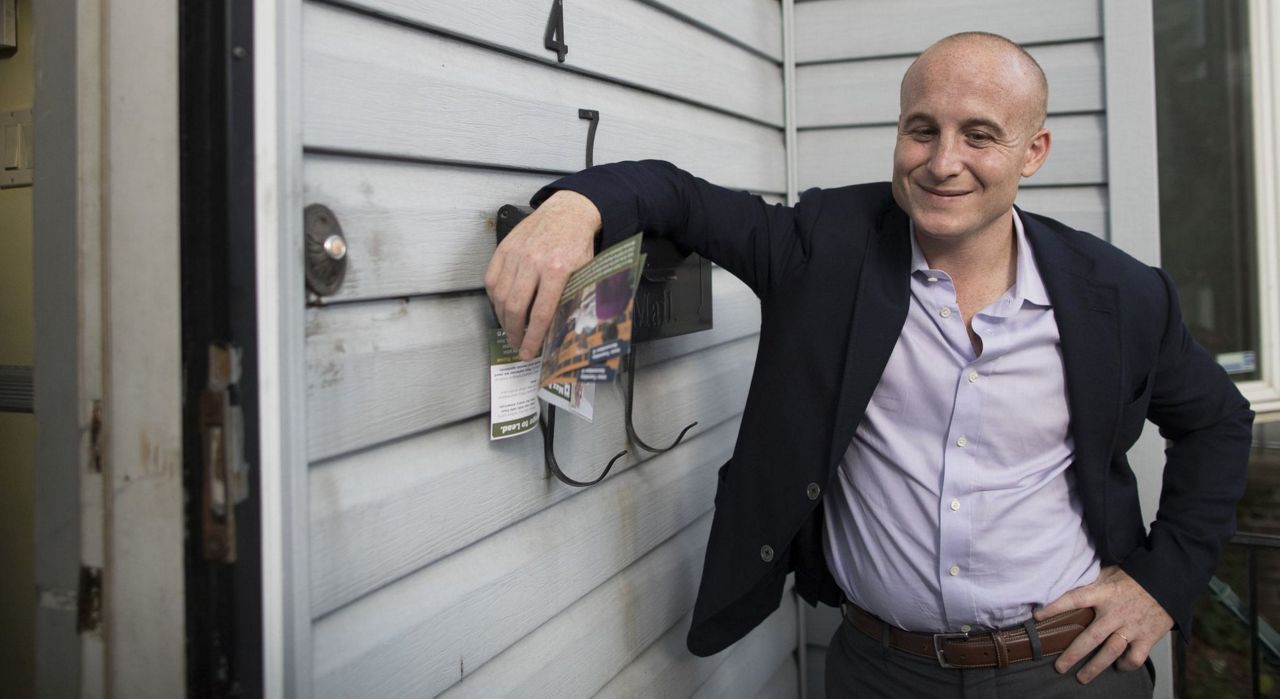 Max Rose, a moderate Democrat who was wounded in Afghanistan in 2013, defeated U.S. Rep. Dan Donovan in a district that covers Staten Island and a small part of Brooklyn.

New York's 11th Congressional District was Trump Country in 2016 and the president remains popular in much of suburban Staten Island, but Rose zigged from other liberal candidates by not making President Donald Trump’s leadership a central issue of his campaign.

Instead, the 31-year-old campaigned on nonpartisan issues like fixing infrastructure and fighting the opioid addiction epidemic. He took two weeks off from his campaign in August for National Guard training.

"The story of this country has always been that no matter our differences, no matter the challenges in our way, we do what others said was impossible and they said this was impossible," an enthusiastic Rose told supporters in Staten Island.

"You are not my enemy," Democrat @MaxRose4NY says Republican Congressman @dandonovan_ny told him when he conceded the 11th congressional race Tuesday night. Rose says that's a message everyone needs to keep in their hearts. https://t.co/oQEgO0GwvA. #NY1Politics pic.twitter.com/T4c07OrL5o

Donovan, who turned 62 on Tuesday, was Staten Island's district attorney before being elected to Congress in 2015 in a special election to replace former U.S. Rep. Michael Grimm, who pleaded guilty to tax fraud and served prison time.

Rose's victory was part of an overall triumph for Democrats in the U.S. House of Representatives, as the party had picked up at least 23 House seats as of 12:07 a.m. Wednesday, putting them on track to reach the 218 needed to seize control from the GOP.