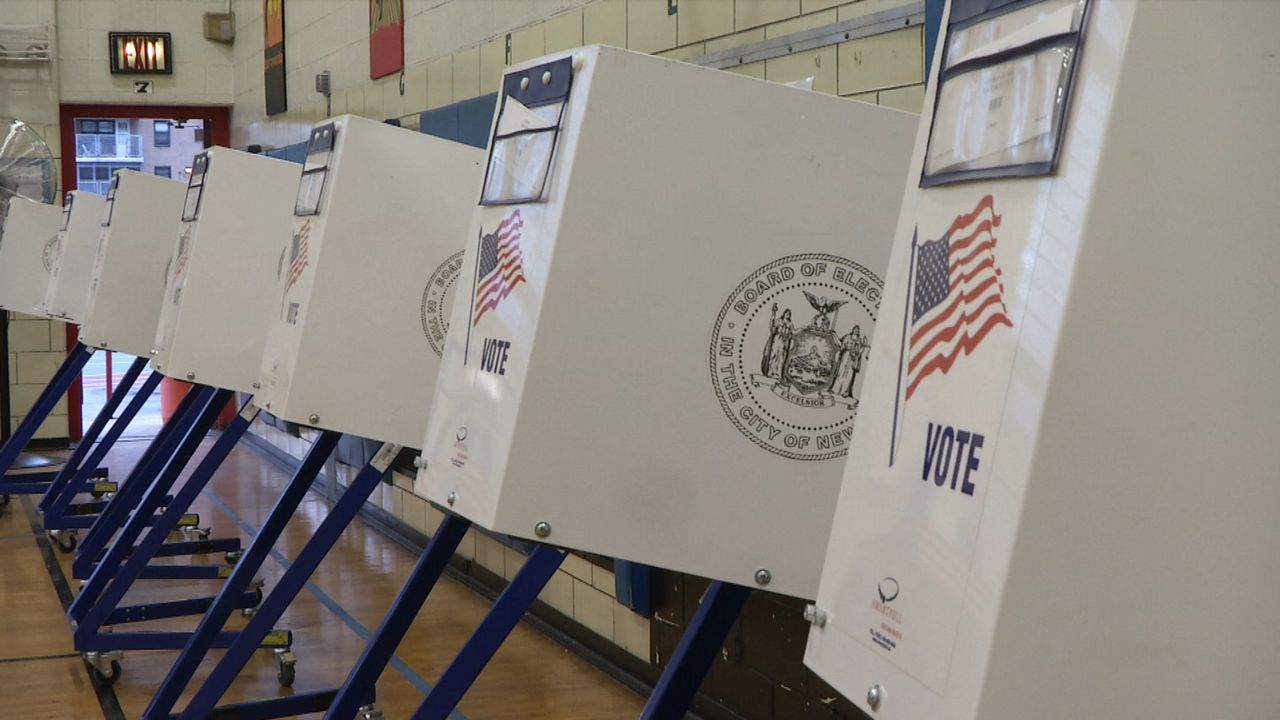 When New Yorkers step up to cast their ballots on Tuesday, November 6, they'll be greeted by proposals to make amendments to the city charter.

When New York City residents vote Tuesday, November 6, they will also be able to vote on three proposals that will be on the back of their ballots. They are all aimed at revising the New York City charter, the legislative document that created the official city government. While the proposed amendments — put forth by the new Charter Revision Commission, whose members Mayor Bill de Blasio appointed — would not change the structure of the government, they do seek to stimulate civic engagement and could reduce the influence of special interests in local elections.

Below are the three proposals that New Yorkers can vote to approve:

This proposal calls for increasing public matching funds at a ratio of $8-to-$1. Currently, candidates who participate may qualify to receive public matching funds at a $6-to-$1 rate on the first $175 donated from someone who lives in the city. The purpose is to incentivize candidates to fund their campaigns from everyday New Yorkers instead of wealthy donors, and to help candidates without large campaign war chests compete. The proposal also calls for increasing the match threshold to the first $250 per donation for citywide offices. So, for example, a $250 donation to a candidate for mayor would be matched with $2,000 in public funds, if voters approve the proposal.

The proposal also calls for reducing the maximum contribution limit for a candidate:

In addition, the proposal calls for increasing the maximum total amount of public matching funds that a participating candidate may receive, per election:

If the proposal passes, candidates could choose to have the campaign finance amendments apply starting in the 2021 primary election season. It would then apply to all candidates in New York City starting in 2022.

Some of the other responsibilities of the Civic Engagement Commission would include helping ensure that all polling sites in the city have language interpreters by the 2020 general election, and developing plans to stimulate civic engagement.

The Civic Engagement Commission would consist of 15 members, eight of whom the mayor would appoint. The rest would be appointed by other elected officials who would be required to consider candidates who represent, or have experience working with, community groups, immigrants, people with disabilities, students, veterans, and other groups.

If this proposal passes, it would take effect April 1.

This proposal calls for imposing term limits for community board members of four consecutive two-year terms. If someone spends two years out of office, he or she would then be eligible for reappointment, resetting the clock. Currently, community board members, whom borough presidents appoint, have no term limits, resulting in some serving for decades uninterrupted. This would, in theory, allow for more turnover and diverse voices on the most local form of city government.

This proposal also calls for mandating that community boards maintain websites to provide public notice of upcoming meetings and minutes from previous meetings, and it would require the proposed Civic Engagement Commission to give community boards more training and resources.