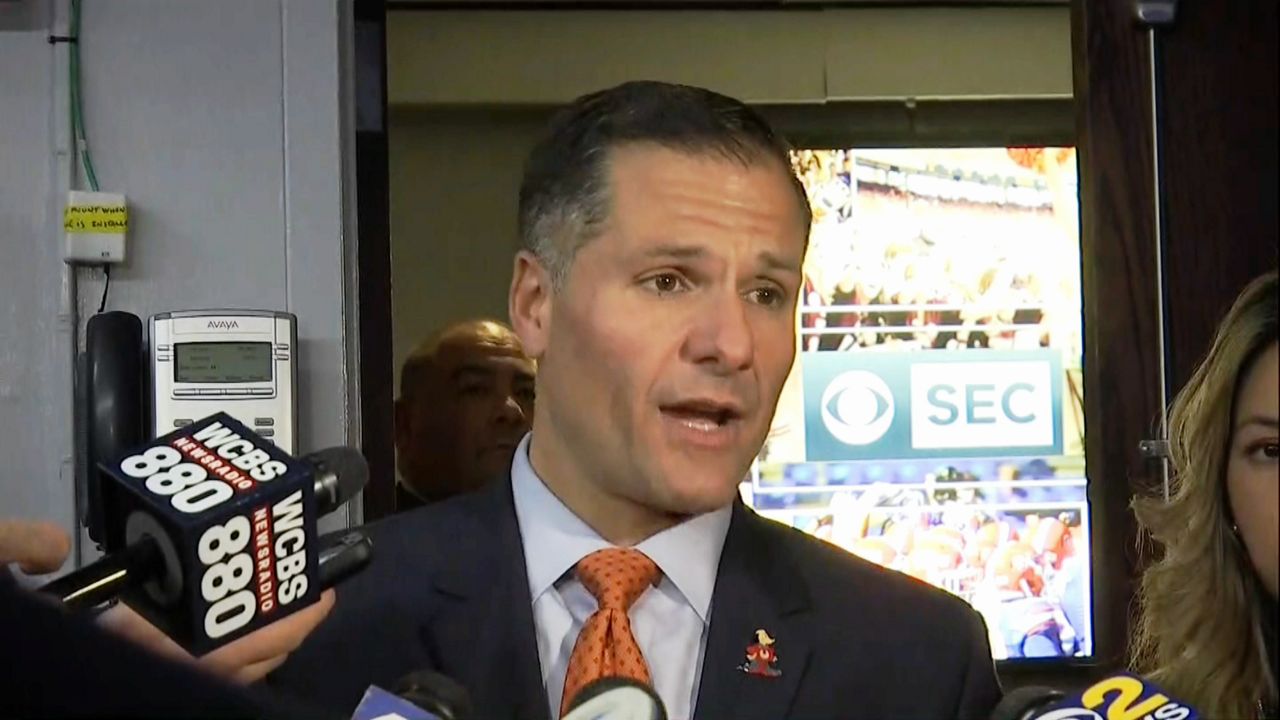 With leaders calling on one another to turn down the heated rhetoric, Republican Marc Molinaro has a challenge for Governor Andrew Cuomo this final week before the election. He's asking Cuomo to pull his negative ads.

"This is what leadership looks like. Take down the negative ads. Stop the personal attacks," Molinaro said. "Certainly, we will speak to our differences, both in vision and in records. But we have to end the anger."

The request follows a tumultuous week in which mail bombs were sent to targets throughout the country, including in the city, and a gunman murdered 11 people in an anti-Semitic attack at a synogogue in Pittsburgh over the weeekend.

Meanwhile, President Donald Trump continued to hold political rallies and even called the news media "the enemy of the people" in a tweet on Monday.

There is great anger in our Country caused in part by inaccurate, and even fraudulent, reporting of the news. The Fake News Media, the true Enemy of the People, must stop the open & obvious hostility & report the news accurately & fairly. That will do much to put out the flame...

"There is no doubt that the tone of intolerance and anger that fundamentally is a national phenomenom is a factor in what is going on," Cuomo said.

Cuomo was at an unrelated event on Long Island Monday. When pressed on whether he would accept Molinaro's challenge and take down his negative ads, the governor all but ignored it.

"I don't think it's a New York-based issue. I think this is a national dialogue-based issue," the governor said.

The Cuomo campaign later issued a statement saying its negative ads "have been down for days." It went on to say if Molinaro wants to ask someone to be civil, he should start with the president. Molinaro and Trump are both Republicans.

It's unclear if Cuomo's ads came down in the interest of civility, or because they had simply run their course.