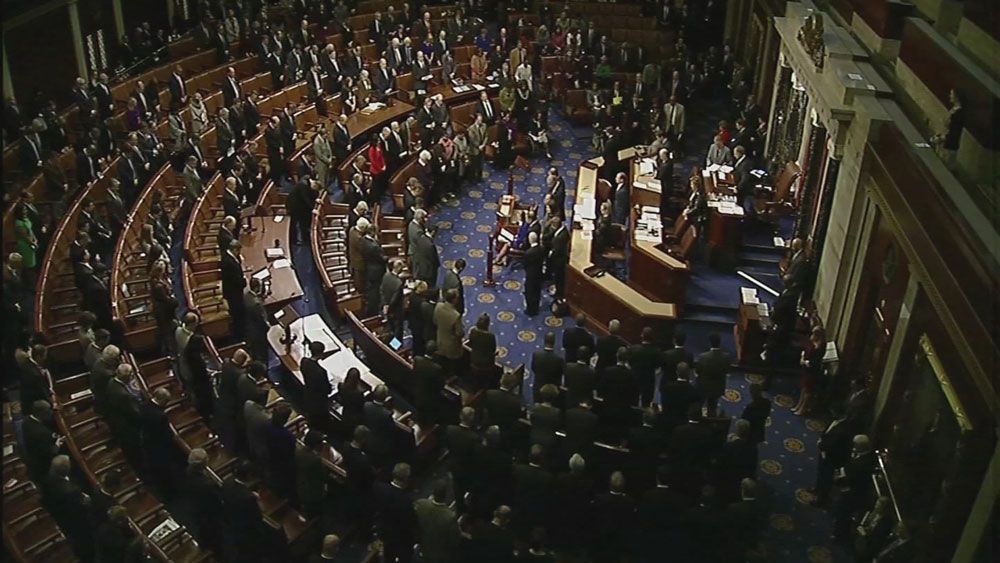 When it comes to the balance of power in the U.S. House of Representatives, the Democrats may come back to the majority, and New York is shaping up to play a big role in it.

For Democrats, the road to re-taking the House goes straight across the state of New York.

Grechen Shirley successfully petitioned the FEC to use campaign funds for childcare.

While turning this long held seat blue is an undertaking, she’s been chipping away at King’s lead.

Moving over to New York’s 11th made up of Staten Island and a sliver of Brooklyn, Republican incumbent Dan Donovan is taking on Democrat Max Rose in a heated fight.

Donovan received the president’s endorsement during the primaries and right now is fighting off a formidable challenge from Rose, who’s campaigning as a more conservative Democrat.

The district’s usually gone red, but an upset here might signal discontent with the president.

Up to the 19th in the Hudson Valley where Republican incumbent John Faso is taking on Democratic challenger Antonio Delgado.

The race is considered a 50/50 toss up and money has been pouring into this race from across the country. If the Dems are going to pick up a seat, they’re definitely betting on this one.

Cobb defied expectations during the primaries to become the nominee and is now getting the backing of national Democrats.

But the president paid a visit to Fort Drum not too long ago and put Stefanik front and center. Insiders are wondering if that will be enough for a return trip to Congress.

In New York’s 22nd, made up of Utica and Binghamton, first-term Republican incumbent Claudia Tenney is taking on challenger Anthony Brindisi.

This race is another close one in which Democrats are confident that their message can trump Donald Trump’s. He’s been in that district to raise money and campaign on behalf of Tenney.

Can the Trump bump happen in New York State?

Moving into Central New York’s 24th District, Republican John Katko is seeking another term in Congress and facing off against Democrat Dana Balter.

Katko’s won twice before, but the Dems think that they can pull off an upset.

Perhaps one of the most closely watched races in the country has emerged in New York’s 27th , where Republican incumbent Chris Collins was recently indicted on insider trading charges and lying to the FBI.

His opponent, Nate McMurray, was suddenly thrust into the spotlight and new life for his campaign, which is now considered neck-and-neck in what many considered one of the most conservative districts in the state.