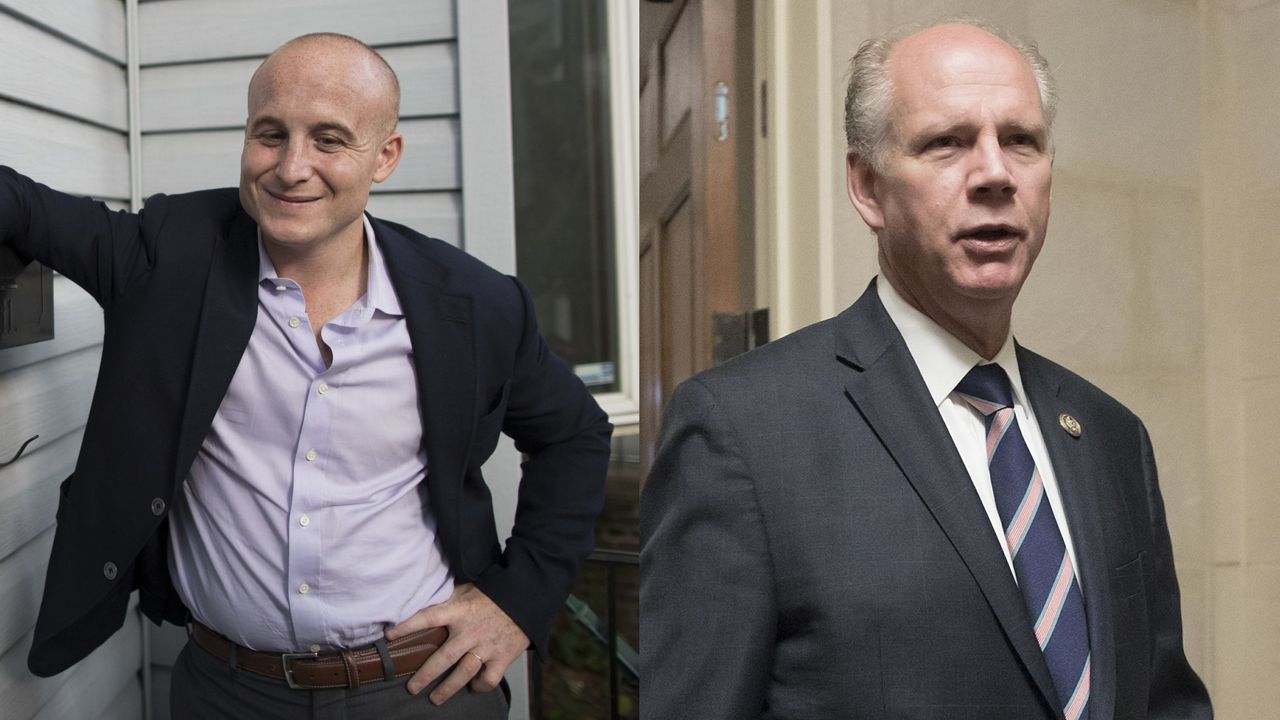 File images of Max Rose, left, and Rep. Dan Donovan, right. The rhetoric between the two New York congressional candidates has been heating up ahead of their debate on NY1 on October 16. Mary Altaffer/AP and J. Scott Applewhite/AP.

It may seem like just about anything, including who the Democrat campaigns with, will spark a squabble between Rose and Republican Rep. Dan Donovan, who represents the 11th congressional district, which comprises Staten Island and a portion of Brooklyn.

"I am also proud to endorse this young man because he is going to take Washington by storm," Lt. Gov. Kathy Hochul said at a recent campaign event with Democratic congressional candidate Max Rose.

Donovan hit Rose for appearing alongside Gov. Andrew Cuomo's running mate, after the administration recently granted parolees pardons to give them back their voting rights.

"The governor has taken it upon himself to pardon people for various crimes and allowing them to vote," Donovan said. "You had the release, the parole board releasing a cop killer, Herman Bell, who killed three police officers. My opponent has said nothing about it."

"I think it's outrageous, and my opponent has been silent on it," the incumbent said.

"This is something that we have to look at based off what offense they committed. If you killed a cop, then I don't think you should be voting," Rose said. "But we certainly have to deal with something in this country, where if people are let out of prison then they deserve to be full citizens again. This issue is far more nuanced than that. But certainly what he alleged about me is not true. And we will litigate this tomorrow."

Tomorrow being Tuesday night, when Dan Donovan and Max Rose will take the stage at the College of Staten Island for their one and only live televised debate, on NY1.

The two have only had one other debate so far this campaign season.

"You are seeking to divide us and it is wrong, and that is what's wrong with politics in this country," Rose said to cheers at the debate in Bay Ridge.

"All I am saying is he moved here and has been in our district for less time than I have served in Congress representing you," Donovan said to the audience.

On Tuesday, Donovan will try to make the case why Staten Island and Brooklyn must keep the lone Republican in the city's Congressional delegation.

Rose, an Army veteran who is running for office for the first time, will likely try to discredit Donovan's record, much like he is already doing on the campaign trail.

Tuesday's debate is being held at the College of Staten Island.

The general election is Tuesday, November 6.