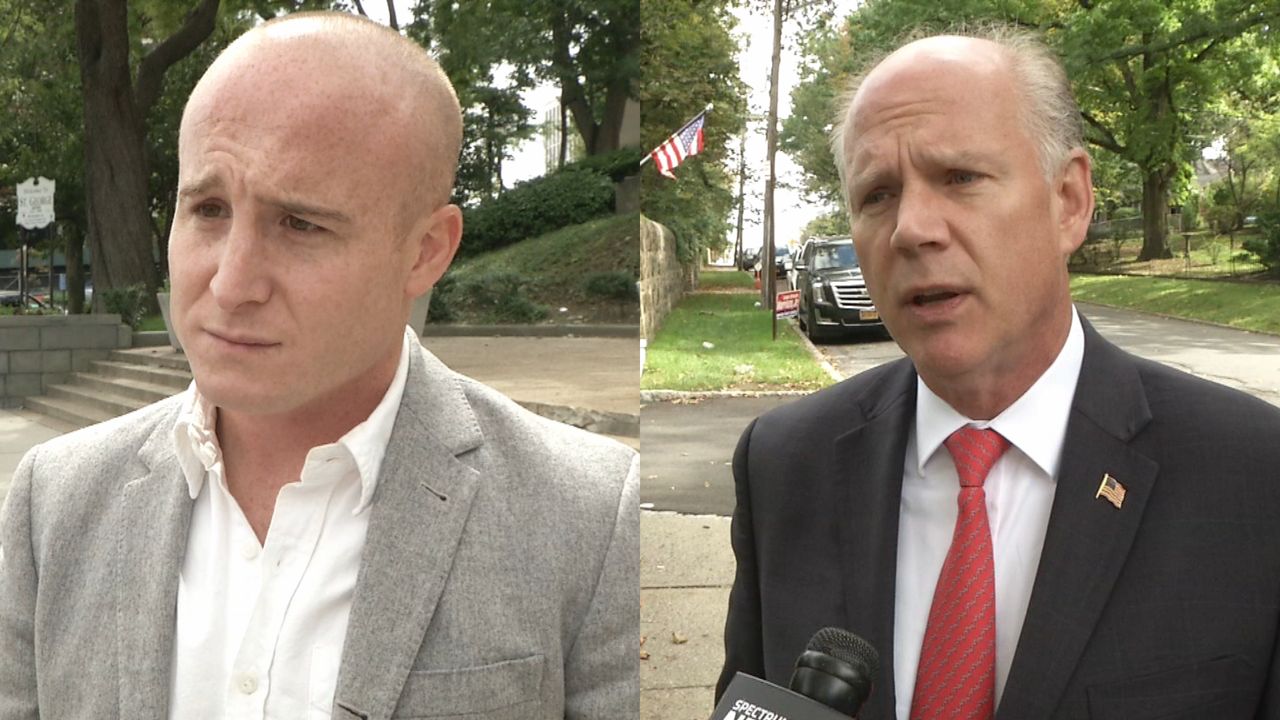 Rep. Dan Donovan easily won his Republican primary in June, beating back a challenge from his predecessor.

But his seat is not exactly safe.

"We're seeing a ton of energy out there," said Max Rose, the Democratic candidate for the 11th congressional seat, which covers Staten Island and a portion of southern Brooklyn.

Donovan is facing a fierce challenge from Rose, a Democratic newcomer and Army veteran whose candidacy has received some national attention.

The race is already getting nasty, with the Rose campaign launching a new website, PurdueDan.com, on Monday.

The site accuses Donovan of failing to stop the opioid crisis that is crippling Staten Island. Purdue is a major pharmaceutical company. An executive and the former CEO contributed almost $10,000 to the Donovan campaign.

"He over and over again has done nothing," Rose said. "And the fact that he took $10,000 from Purdue — the very people who developed Oxycontin, the very people who flooded our streets and then misbranded something as our children were dying — and Dan took their money."

"He knows nothing about what happened on Staten Island, he hasn't lived here very long," Donovan said about Rose. "We try to vet our donors. When it was brought to my attention that we received these donations, within hours we donated half of it to Camelot and the other half to the YMCA Counseling Services."

"That means 96 percent of it came out from other places in the country, from people like those supporting ActBlue and Swing Left, Jane Fonda's group," the New York congressman said.

"He wants to make this race about money, about the fact he's taken hundreds of thousands of dollars from corporate PACs, special interests, and federal lobbyists, people who have bought off politicians on both sides of the aisle," Rose said. "I will have that debate with Dan any day of the week."

Clearly, already the race has gotten contentious and we should expect more of that as we get closer to Election Day.