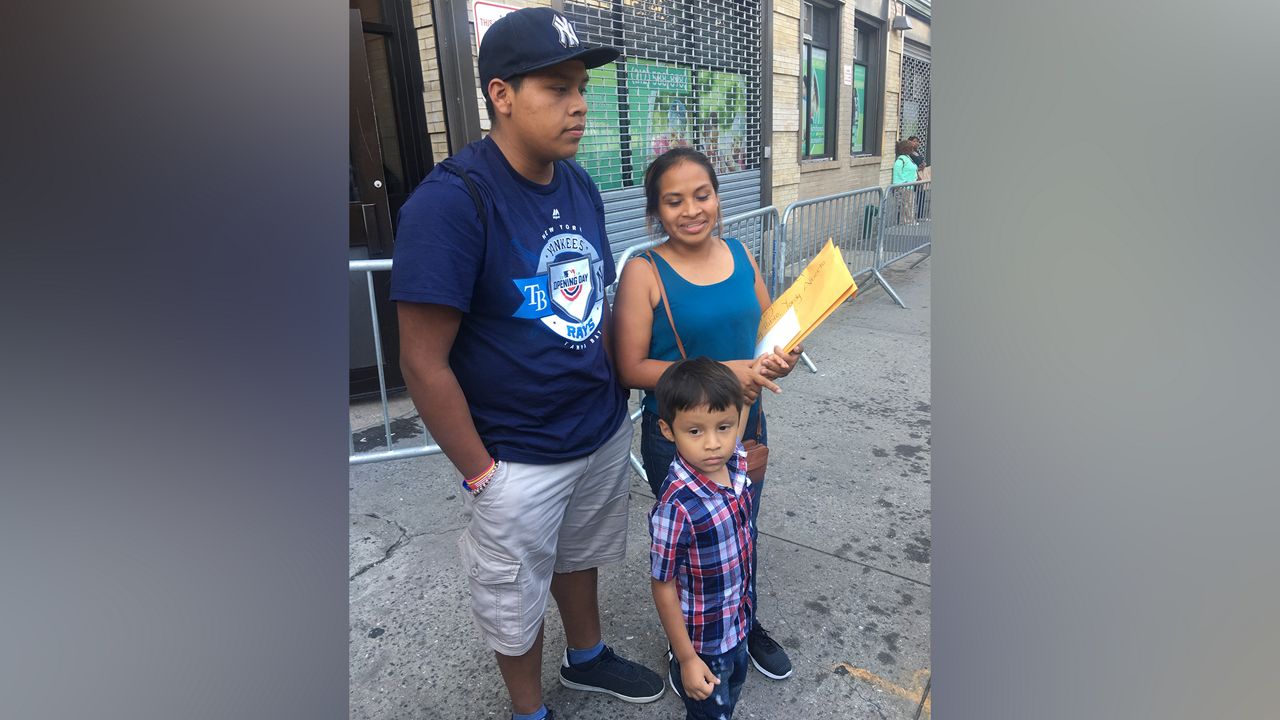 Not always a happy ending: What happens after migrant families are reunited

Rosayra Pablo-Cruz and her two sons are in immigration limbo. They are said to be applying for asylum, but it's unclear what will happen.

The 35-year-old is an undocumented immigrant from Guatemala. A few months ago, she crossed the southern border of the United States with her two sons, 15-year-old Yordi Alberto and 5-year-old Fernando Jose. Violence and gang threats prompted her to flee, concerned what would happen to her boys.

A week later, she crossed to San Luis, Arizona, where authorities captured them. They put them in a detention center nicknamed the "Icebox" for how cold the temperature is. Not long after, both her boys were taken away from her and eventually transported to New York City. Pablo-Cruz, meanwhile, was taken to a different facility in Eloy, Arizona.

A Bronx-based lawyer got her out with a $12,000 bond that was crowd-sourced by a New York City group. Pablo-Cruz traveled to the city last Friday, entering the Cayuga Center, the East Harlem foster care agency that is placing dozens of separated children in short-term foster care, She was reunited with her sons for the first time in 81 days.

Rosayra Pablo-Cruz emerged from an immigration detention facility near Phoenix a few days ago. On Friday, she got to hug her separated sons, ages 5 and 15, in East Harlem. https://t.co/BOKigQ9zXg pic.twitter.com/TjWagWPGaW

But things are still complicated for the family.

The boys are from different fathers. According to their attorney, Yordi Alberto's father was murdered, and Fernando Jose's father hasn't been part of the family. That may allow them to receive a special type of legal protection to stay in the U.S., but it comes with a major catch:

"If the boys do get special immigrant juvenile status, they're actually barred from ever seeking an immigration benefit for their mother, through their family relationship," a child attorney said. "I believe that she's going to pursue her own asylum claim, but she won't be able to get any legal benefit from her sons' immigration case."

Pablo-Cruz and her sons are receiving free legal help from local non-profits, such as The Door. Unlike in criminal cases, there is no requirement that the government provides counsel in immigration cases.

Pablo-Cruz doesn't have family in the United States, and she fears for her family's safety as Guatemala deals with pronounced gang violence.

"He said that he thought he would be in danger if he went back to Guatemala. He said that his mom had been hurt by people in Guatemala. And so, he didn't want to go back. I think that really is emblematic of a choice — an awful choice that so many of these separated children face," the attorney said. "They want to stay in the United States because they're afraid of what awaits them in their home country, but they want to stay here with the parent they came with."

That is not happening for everyone. The lawyer said some of the 18 separated children she is representing have parents who have already been deported while the kids are in New York.

An estimated 2,500 children remain separated from their parents in the country overall due to President Donald Trump's "zero tolerance" policy towards people entering the United States without authorization. Trump ended the separation policy last month after international backlash.

But reuniting families has only now really started. The responsible federal agency didn't respond to my request for an updated figure.