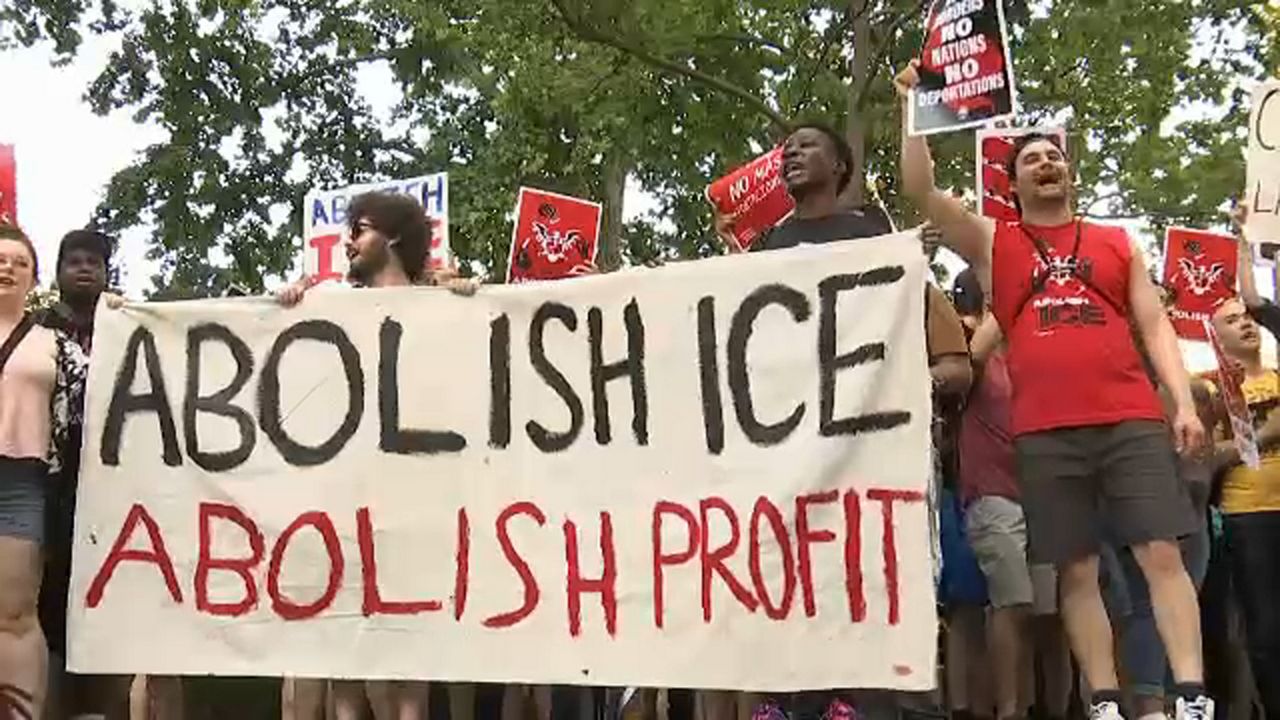 Sen. Bernie Sanders helped put them on the map, but now the group seems to be on everyone's lips in this city: The Democratic Socialists of America.

The Democratic Socialists's New York City chapter was instrumental in Alexandria Ocasio-Cortez's upset win over Rep. Joe Crowley in their Democratic primary, providing hundreds of volunteers to canvass for her.

Now, many observers are asking what exactly Democratic Socialism means.

"The definition of Democratic Socialism to me, again, is the fact that in a modern, moral, and wealthy society, no American should be too poor to live," Ocasio-Cortez said.

The group's priorities include issues like universal health care, labor rights, and, in recent weeks, the movement to abolish U.S. Customs and Immigration Enforcement, known as ICE.

It's an activist group rather than a political party, and it's very picky in choosing candidates to get behind.

"When we endorse someone, we don't just do a paper endorsement; we send an army," said Renée Paradis of NYC Democratic Socialists of America.

That army is holding its fire in some of this year's hotly-contested state primaries. The group is not endorsing any of the progressive challengers to former members of the Independent Democratic Conference, or IDC, which helped keep Republicans in power in the New York state Senate. It also has yet to decide whether to back candidate for governor Cynthia Nixon.

For now, its only endorsed candidate is Julia Salazar, who is trying to unseat longtime Brooklyn State Sen. Martin Dilan.

"It's an incumbent who takes a huge amount of money from real estate interests, has been in power for decades, is sort of an ossified creature of the old Democratic machine," Paradis said.

Ocasio-Cortez's victory bodes well for Salazar, who's seen a spike in fundraising since last week.