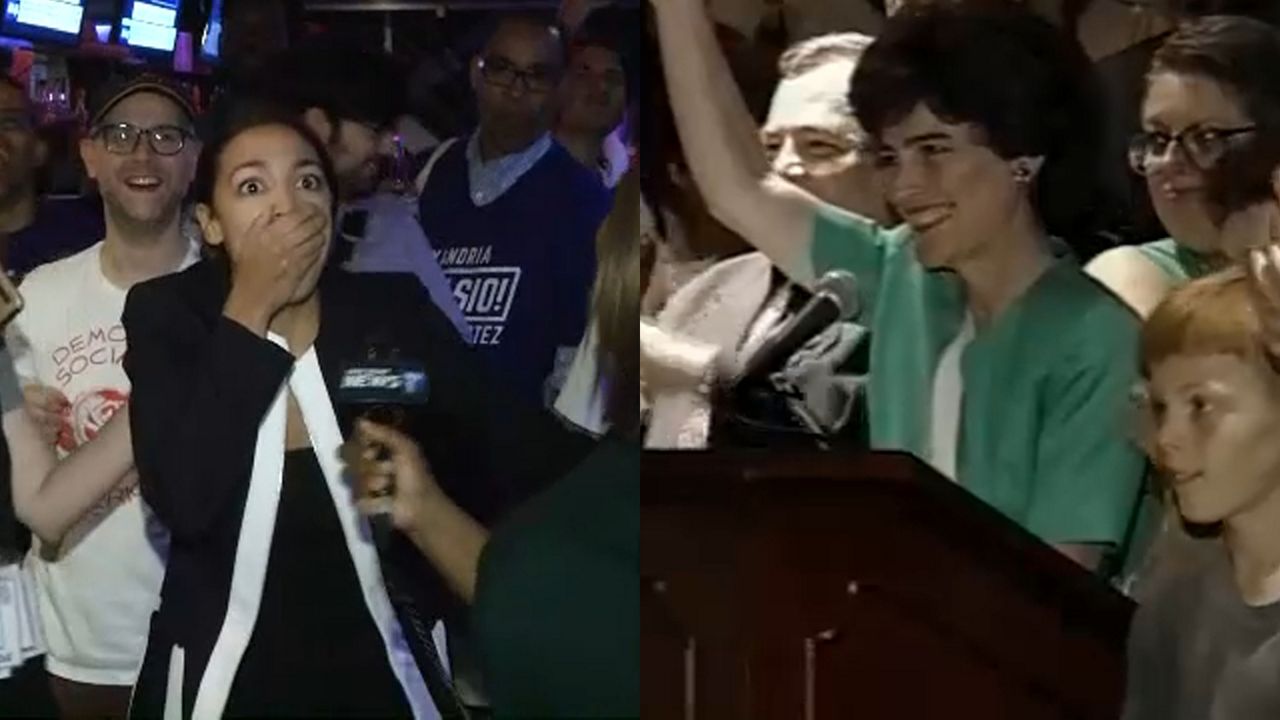 There were no news cameras present when Elizabeth Holtzman did the unthinkable 46 years ago, beating Emanuel Celler in the Democratic primary for the congressional seat he held for a remarkable 50 years.

Tuesday night, Holtzman couldn't help but think of that moment as she watched Alexandria Ocasio-Cortez pull off an equally implausible victory.

"I was excited for her and I felt obviously a real bond there," Holtzman said. "I said, 'Oh my goodness, nobody gave her a chance.'"

Back in 1972, Holtzman was just 30 years old, a member of the state Democratic Committee. She noticed that Celler, who was first elected in 1922, didn't spend much time in his Brooklyn district, and he was 84 years old.

She launched a campaign against him, a grassroots effort that made history when she won.

"Nobody gave me a chance. All the political pundits said it was impossible, he was going to win," Holtzman said. "He himself said my running against him was like a toothpick trying to topple the Washington monument."

Holtzman was 31 when she entered Congress, the youngest woman ever elected to the House. She memorably served on the House Judiciary Committee during the Watergate scandal, and grilled President Gerald Ford when he pardoned Richard Nixon after Nixon's impeachment and resignation.

Now, Ocasio-Cortez is poised to become the youngest woman elected to Congress.

Holtzman says she's excited to see what the 28-year-old can do.

"I like Joe Crowley, he was a very friendly guy, but the fact of the matter is she had a different approach," Holtzman said. "She's a woman, she's got a new kind of energy. That's great. She's got to prove herself. That's what I did my first year."

Holtzman is offering two pieces of what she calls "common sense" advice: First, Ocasio-Cortez needs to develop a deep appreciation for the city's pizza because she'll be eating a lot on the go. And second, she needs to learn how to run in heels.