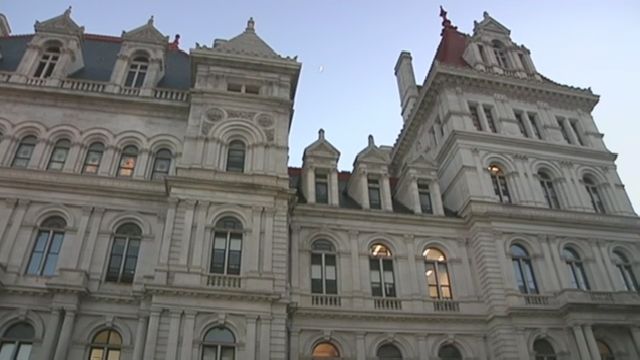 The end of session in Albany is usually a flurry of last-minute deal-making and voting.

But this year, not much is happening, which means session may just end with a whimper.

"If something can happen on big things, we are open to it. But again, we are not giving up a finger or something that is not to our taste in the Assembly," Assembly Speaker Carl Heastie said. "So right now it's really more of a concentration on the local bills that are immensely important to our members."

Part of the problem is that the state Senate is divided, with each party having 31 members and no clear majority. There are also very deep partisan divides as Gov. Andrew Cuomo has vowed to stop working with Senate Republicans and instead campaign for a Democratic Senate.

Cuomo says most of the work they needed to get done this year was included as part of the budget.

One bright spot: both houses did pass a bill establishing a commission to review prosecutorial misconduct.

And with a governor's race in full swing, Democrat Cynthia Nixon released a video criticizing Cuomo and legislative leaders for failing to enact bail reform this year:

"Because in New York state, we have one legal system for the poor and people of color, and another for wealthy white people who can effectively buy their freedom," she said in the video.

The biggest outstanding issue, at least for the city, is speed cameras. If the program is not renewed, the city must shut off the current crop of cameras in school zones.

But leaders seem to be resigned to allow the program to lapse — or at the very least they aren't willing to trade much for it in order to cut a deal.