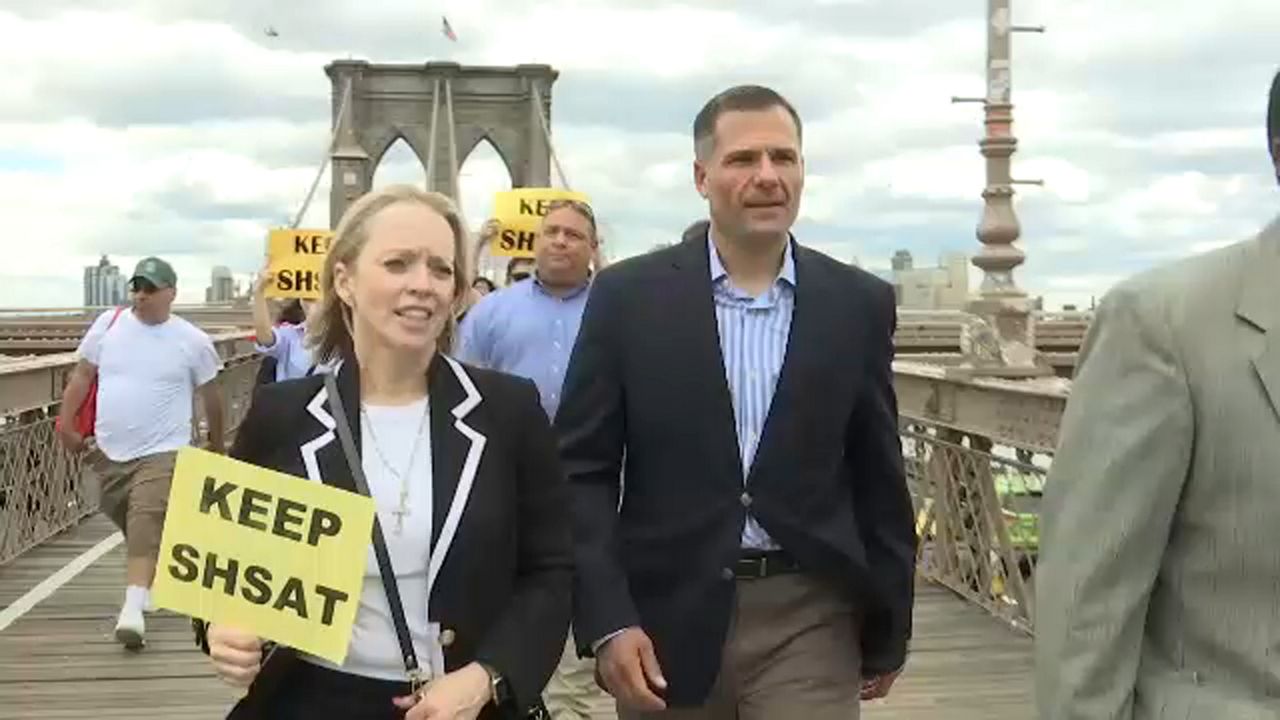 Republican running for governor calls for city to keep SHSAT

Republican Marc Molinaro and his running mate Julie Killian joined Asian American actvists in a march over the Brooklyn bridge to City Hall to deliver a message to Mayor Bill de Blasio: Don't eliminate the test students take to get into speclialized high schools like Bronx Science and Stuyvesant.

"Yes, mayor, yes, chancellor, keep the test and fix the system so that everyone, no matter where they are, has an education that inspires them to learn," Molinaro said.

De Blasio has proposed ending the test, in part bcause many of the schools have extremely low numbers of black and Latino students.

A bill to get rid of the test has stalled in Albany.

Legislation dying is pretty much the story in Albany generally these final weeks of the session. Lawmakers may not approve much of anything with partisan divisions at their worst in years.

"The governor has allowed division, and quite frankly has been leveraging members against one another. And I think the governor sets the tone," Molinaro said. "And with only a few days left in session, there are important issues to be addressed, and frankly, Albany and New Yorkers deserve leadership."

On Thursday night, Democrat Cynthia Nixon joined activists for a march to demand fair housing. Nixon also weighed in the post-state Democratic convention controversy involving the national party. Last month Cuomo received the endorsement of DNC head Tom Perez, even though the party has pledged to stay neutral in primaries.

"I think Democartic primaries, and Republican primaries for that matter, I think primaries in general are good for voters," she said. "It's good within the party to discuss then issues that we should be fighting for, and that we should really listen to voters and not try to rig ther results. Let the voters decide."

The controversy at the convention reopened a fault line within the party between Democrats who supported Bernie Sanders versus Hillary Clinton. Sanders supporters believed the DNC tipped the scale in Clinton's favor, and Perez had promised to bring the two sides together by never allowing that perception again. His actions last month for Cuomo were the complete opposite of that.