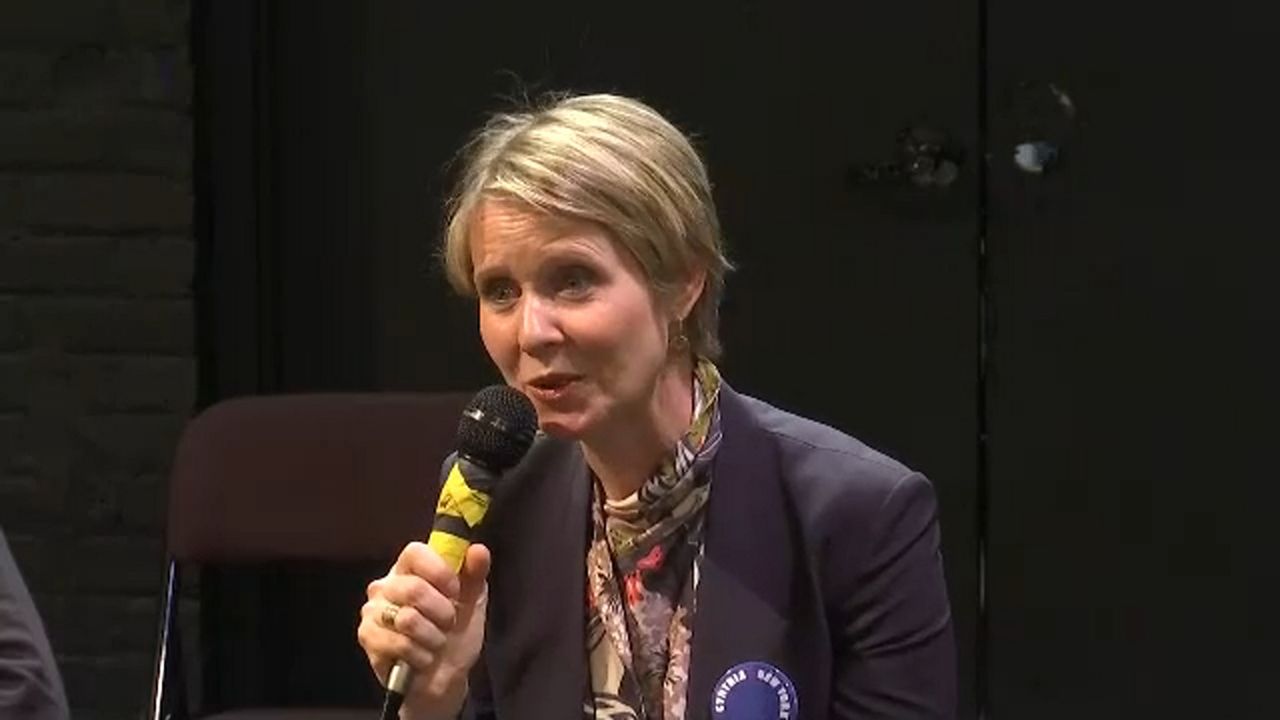 Cynthia Nixon needs to get 15,000 registered Democrats to sign her petitions by July 12. It's the only way for the Democratic candidate for governor to land a spot on the primary ballot in September.

But Nixon's kickoff event in the Bronx on Wednesday showed how challenging collecting signatures can be — the room was not even close to full, and just 11 people signed up to help in the effort by the time NY1 was shown the door.

“I feel that should and can and must have a New York that works for all of us,” @CynthiaNixon tells supporters at a petitioning event in the Bronx. pic.twitter.com/7hFJ9BKvdY

"I'm running for governor because I feel that we can and should and must have a New York that works for all of us," Nixon said to people gathered at the event in Hunts Point.

In reality, Nixon needs to get far more than 15,000 signatures. It's not uncommon for people to sign a petition thinking they are a registered Democrat, when they are not.

"We have some very enthusiastic volunteers who want to get 50,000," the former "Sex and the City" star said. "I think that's a challenging number. But, you know, we are going to get enough.

Nixon's campaign is relying entirely on volunteers to circulate petitions — at least, for now. She did not rule out needing to hire people for additional help down the road.

"Hard to say, yet. We have thousands of people who have signed up on our website," Nixon said. "We'll see how it goes."

It’s petition time! @CynthiaNixon has not endorsed @JumaaneWilliams but their names both appear on petitions Nixon volunteers are circulating. Campaign aide tells me they are not paying anyone to collect signatures. Volunteer effort. pic.twitter.com/gsKFhd66A1

Meanwhile, Vermont Sen. Bernie Sanders unexpectedly weighed in on the race Wednesday. He blasted the chairman of the Democratic National Committee (DNC), Tom Perez, for endorsing Gov. Andrew Cuomo during the state convention.

"To endorse one candidate over another is not what the chair of the DNC should be doing," Sanders said in an interview with the Washington Post.