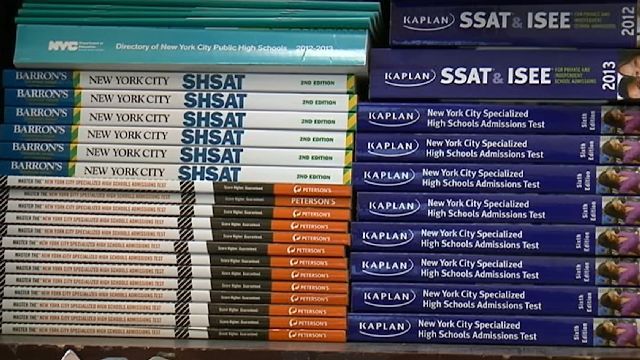 New York state Assembly Democrats are getting ready to vote on a bill that would eliminate the single test, the Specialized High School Admissions Test (SHSAT), required for admission to specialized high schools like Stuyvesant High School and Bronx High School of Science.

Who is pushing the bill to scrap SHSAT?

The bill is a top priority for Mayor Bill de Blasio, and Assemblyman Charles Barron is the sponsor.

"Basically, it would phase out the exam because we are looking at an education system where only nine percent of black and Latino children enter into these specialized high schools, yet blacks and Latinos are nearly 70 percent of the educational system," the Brooklyn lawmaker said.

The mayor has called the exam flawed and pointed to socioeconomic barriers — such as families not being able to afford tutors or test preparation courses — putting students from poorer families at a disadvantage in their efforts to be admitted to the specialized schools.

Is there enough support in the state Assembly?

But while there appears to be enough support for the bill to pass the Assembly Education Committee on Wednesday, some members have been quietly working against it behind the scenes.

The majority of students in many of the specialized high schools are Asian. Yuh-Line Niou is one of only two Asian-American members of the Assembly.

"I actually don't like that Asian-American students are kind of put in the middle here," the Manhattan lawmaker said. "They are being used to be pit against other minority groups, which I don't think is appropriate."

Can the bill pass in the state Senate?

Whatever happens in the Assembly, the bill's fate in the state Senate is far less certain. The upper chamber descended into chaos Tuesday with the Democratic lieutenant governor presiding as the tiebreaker over an even split between Republicans and Democrats and no clear majority.

"That's wrong. That's against the rules," Syracuse Sen. John DeFrancisco, a Republican, said to Kathy Hochul during the legislative session. "I'm giving you one last opportunity to do what you are supposed to do as a presiding officer."

Fun fact from Senate source: as presiding officer of the Senate, @LtGovHochulNY had to sign the override of @NYGovCuomo veto that was approved today in chamber

The Assembly Education Committee is scheduled to take up the bill Wednesday. It would then need to clear the Ways and Means Committee before the full Assembly can vote.