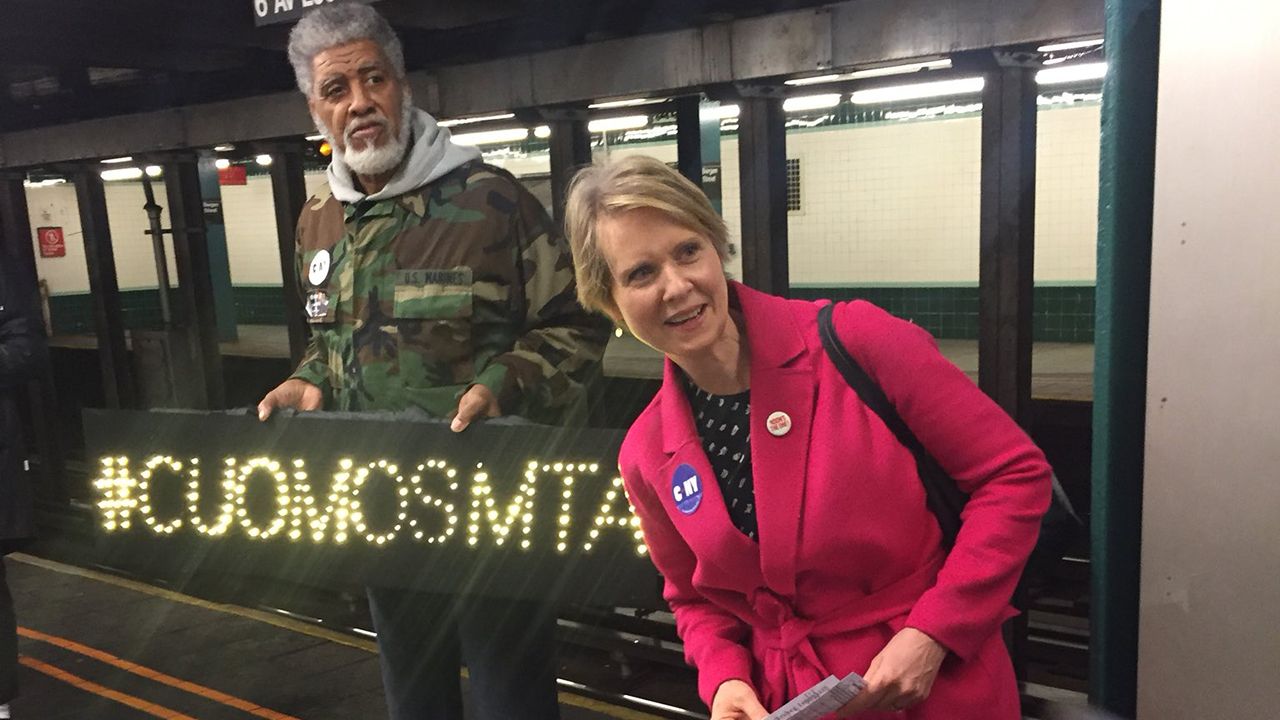 Democratic candidate for governor Cynthia Nixon highlighted the need for subway repairs during a tour of the system in Brooklyn.

Nixon began the tour in Cobble Hill at the F and G station at Bergen Street.

She spoke with many commuters and rode the train to Williamsburg. There, she spent a good deal of time on a crowded L train platform at Lorimer Street, where commuters faced heavy delays as many overloaded trains skipped the station altogether.

Nixon says fixing the subways is at the top of her agenda. She blames Governor Andrew Cuomo for the deteriorating system.

"We need a governor who is actually going to prioritize this and create a dedicated revenue stream because we can't just make do with bandaids anymore," Nixon said. "We need to revamp the system. We need to replace the signals. We need to deal with our 100-year-old infrastructure and our trains. Some of our cars are from before The Beatles landed in the United States."

A Nixon supporter followed the tour carrying a lit up sign reading #CuomosMTA.