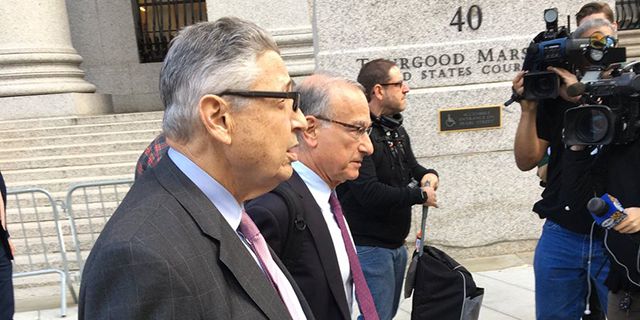 Sheldon Silver guilty on all counts in retrial on corruption charges

The jury deliberated for less than two days after hearing testimony from 26 witnesses over the course of seven days.

Silver was found guilty on all counts, including mail fraud, wire fraud and extortion charges.

He was accused of using his position to receive nearly $4 million in bribes and kickbacks.

"I feel confident in my attorneys, and obviously, I'm disappointed at this point, but this is a long battle," Silver said.

In one scheme, prosectutors said he sent $500,000 in state funds to a doctor who, in turn, referred legal clients to the firm that Silver worked for.

Silver will be back in court in July for a sentencing hearing.