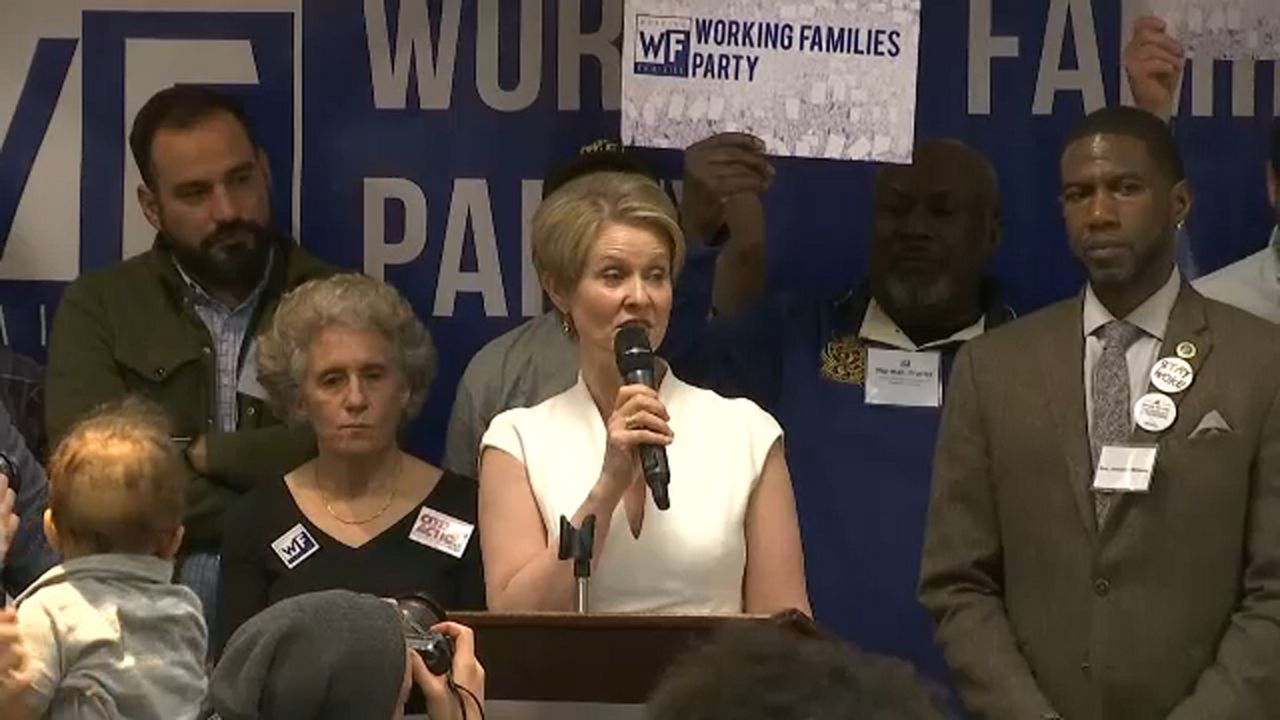 The progressive Working Families Party has endorsed actress Cynthia Nixon against incumbent Gov. Andrew Cuomo, one day after Cuomo said he would no longer seek the party's endorsement.

Nixon received more than 90 percent of the vote to win the party's endorsement at a meeting Saturday in Albany.

The actress and activist said she was honored to receive the endorsement and "inspired by the enthusiasm of progressive working-class members of the party.''

Nixon is challenging Cuomo in the Democratic gubernatorial primary. The Working Families Party endorsement could give her a ballot line in the November general election even if Cuomo wins the Democratic nomination.

She listed raising the state's minimum wage and pushing for gun-safety legislation among Cuomo's accomplishments.

The small but influential Working Families Party endorsed Cuomo in 2010 and 2014 and gave him its ballot line both years. But Cuomo said Friday he would not seek its backing this year. The move came after two major labor unions pulled out of the party amid alleged pressure from Cuomo.

"The part of this week that has troubled me the most is the threats that we have heard coming to defund not only the Working Families Party, but the community groups that have failed to endorse the governor," Nixon said. "I don't think the governor's demand for loyalty should go that far."

In statement, Fashouer said, "The schism between the progressive unions who founded the WFP and some of its member organizations is unfortunate, but in that divide the governor stands with the unions who have left the WFP and no longer feel it represents the interests of middle- and working-class New Yorkers."

The Working Families Party also endorsed Brooklyn City Councilman Jumaane Williams for lieutenant governor, although it is not clear if he and Nixon will run on one ticket. Williams is running against Kathy Hochul, the incumbent lieutenant governor.

"We are going to prove here, in just a few months, that activist energy will defeat billionaire dollars," Williams said at the meeting.

In 2014 Cuomo almost lost the party's line to Zephyr Teachout, another newcomer who ran against the governor in the Democratic primary and garnered 34 percent of the vote.

The Working Families Party will hold its convention next month to announce who will receive its ballot line in November. But that will be more of a formality now that the party has endorsed Nixon.