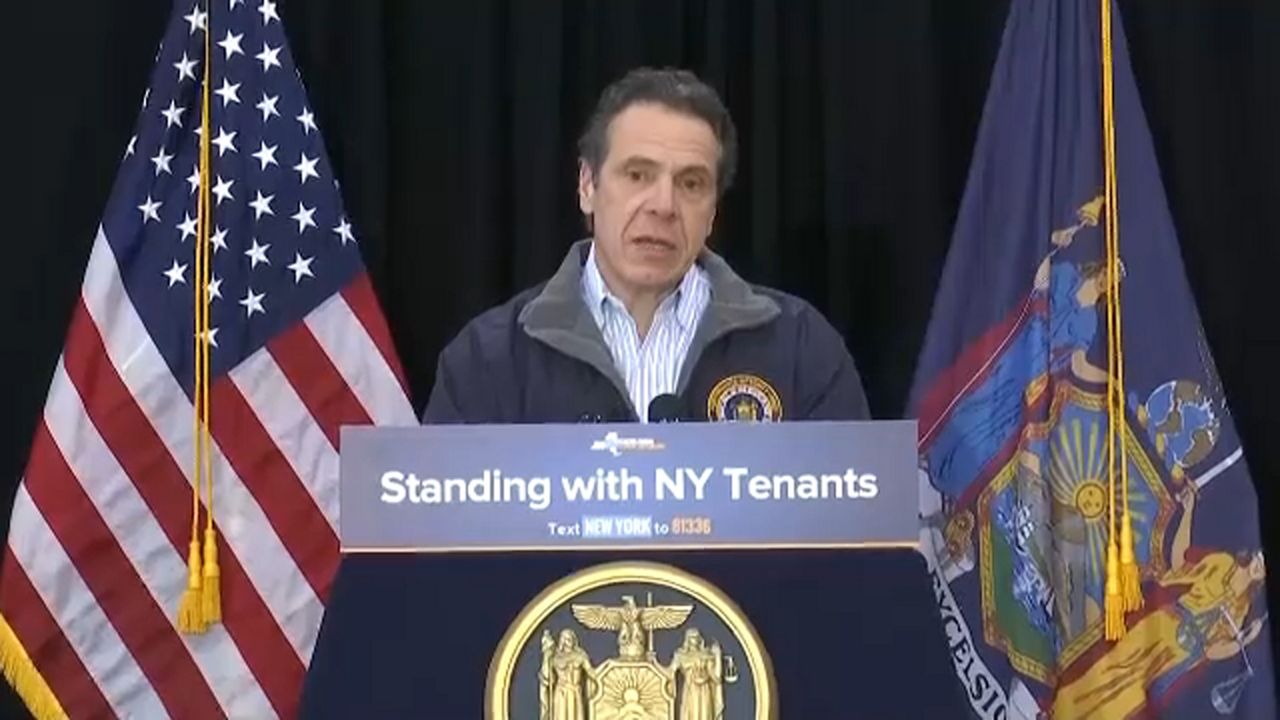 "Government does a lot of things well; government does not build well. It's not what we do," Cuomo said to members of the news media. "Get a private sector contractor to do it, give them the money and get out of the way. That's the best thing the government can do."

Cuomo, who has said for weeks that he would make the move, said conditions in New York City Housing Authority (NYCHA) units are so deplorable that the state, which normally does not have a role in the city's public housing, will intervene.

"I'm signing an executive order today that says there is an emergency," Cuomo said in a press conference. "In a state declared emergency, it gives me the power to waive rules and regulations."

It also allows the governor to appoint an independent monitor for NYCHA — a monitor who will then hire an independent contractor who will be in charge of the repairs. $250 million in state funding for repairs was included in the state budget that was passed Friday night.

The emergency declaration allows the governor to take control of the money away from the city's Housing Authority.

With the declaration, the governor, who did not want the state funding to be released directly to the city public housing authority or the city, to bypass Mayor Bill de Blasio and the city in many ways.

The mayor, the city council, and Tenants Association will select the monitor within 60 days. The monitor will then have to pick the independent contractor within 30 days.

The governor's announcement came hours after de Blasio's office released a letter calling on the state to release money owed to NYCHA in the state budget.

Over the last several weeks, Cuomo has been visiting NYCHA housing and describing conditions inside as "disgusting" and "deplorable." Two weeks ago, the governor swore he would not sign the state budget unless it contained the $250 million in state money he had pledged for NYCHA repairs.

Including a previous allocation, total state funds for NYCHA are $550 million.

De Blasio did not attend the governor's press conference for the announcement.