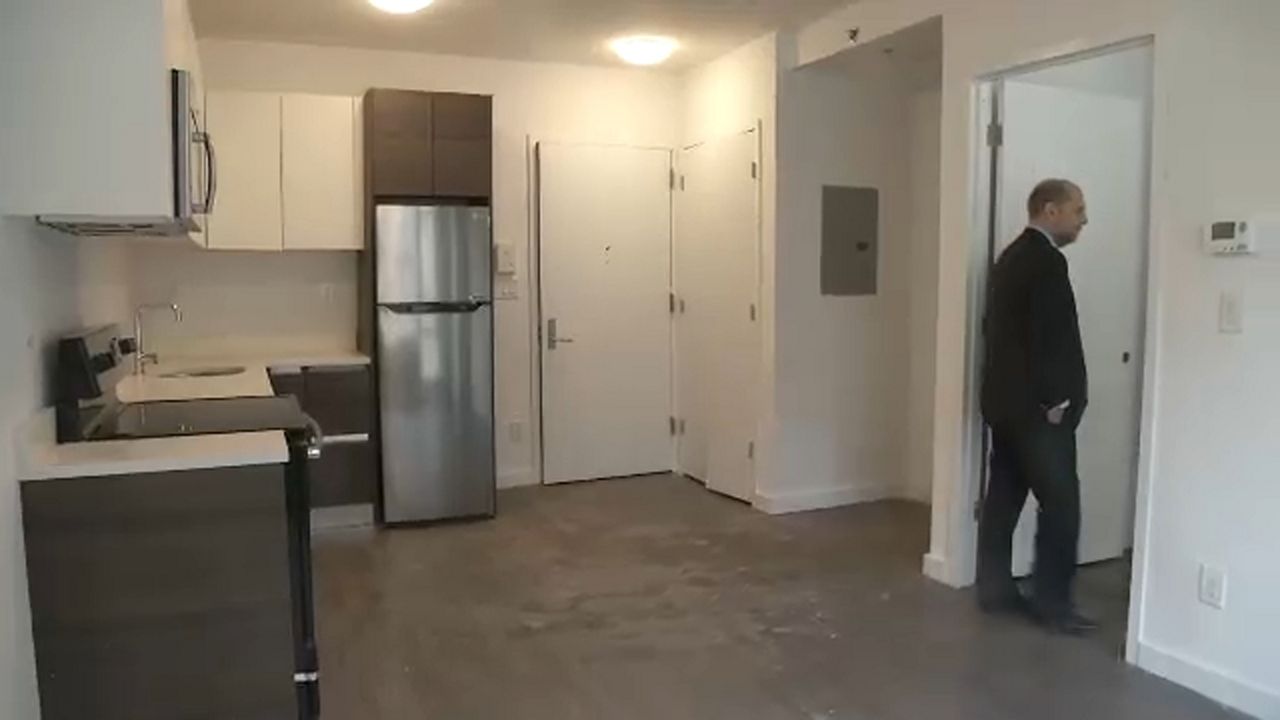 How much progress is NYC making to open 90 new homeless shelters?

Charmel Lucas has been living in a hotel for about a year.

"It is very stressful," Lucas said. "People are having a ton of anxiety up in here."

For her, it's not just a Holiday Inn — it's a homeless shelter. She was sent there by the city, a quick-fix solution as the city's shelter system reached capacity.

It would allow the city to stop using hotels and notorious landlord-owned spaces called cluster sites to house people that need a home.

A year after the plan's release, the number of people in hotels has climbed by 50 percent, reaching about 11,300.

"Why would you spend $7,000 someplace somebody can't even have a decent meal?" Lucas said.

"We said, overall, as we got out of clusters, that we would use hotels as a bridge," said Steven Banks, the commissioner of the city's Human Resources Administration/Department of Social Services.

The city's homeless services commissioner updated the city's plan to revamp the shelter system in front of the city council on Tuesday.

Every month, the city is pouring millions of dollars into the three types of shelters, especially commercial hotels.

It's closed down 1,500 cluster units. So far, it has announced 17 new shelters. Only 11 of them have opened so far, seen in red in the map in the video above.

Raising concern among some elected officials, many of those new locations are already in communities with homeless shelters.

"What is your agency doing to ensure that there is fair share across all 51 members of the city council, and that they too are doing their part and bringing in shelters to those affluent communities that have very little homeless shelters?" Bronx City Councilman Rafael Salamanca said during the council hearing.

"The plan itself makes the commitment that you and others have been, I think, very clearly pushing for," Banks responded.

The de Blasio Administration is confident it will finish the plan on schedule. So, they have four years to go and counting.