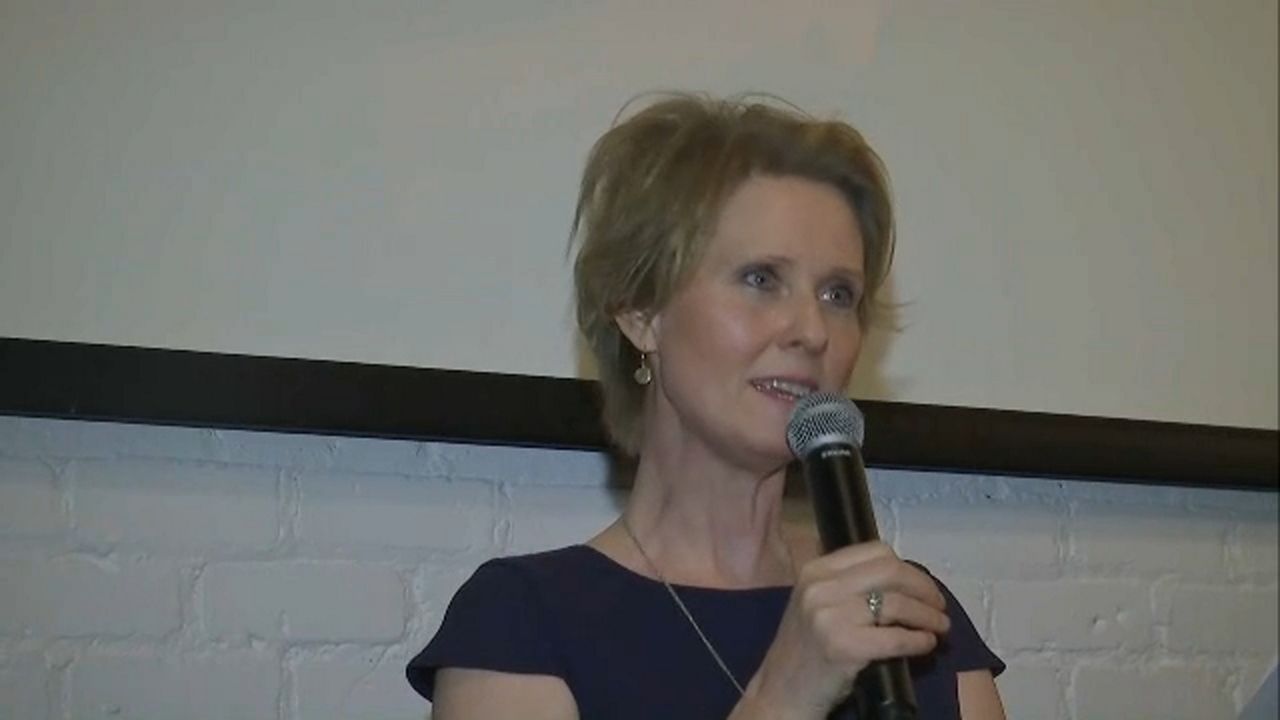 Actor Cynthia Nixon is poised to jump into the race for New York governor, challenging Andrew Cuomo in a Democratic primary in September.

NY1 has learned that Nixon has begun the process of assembling staff to lay the groundwork for a competitive campaign.

Nixon, perhaps known as Miranda Hobbes in HBO's "Sex and the City" series, has not officially declared her candidacy, and a spokesperson claimed a final decision has not yet been made.

In statement, the spokesperson said, "Many concerned New Yorkers have been encouraging Cynthia to run for office, and as she has said previously, she will continue to explore it. If and when such a decision is made, Cynthia will be sure to make her plans public."

The mayor and Cuomo have been locked in a bitter feud for several years. Some view this move as de Blasio finding a way to get even with the governor, although a source close to Nixon said that is not the case.

Regardless, the anger between both men is at a fever pitch. In his weekly interview with NY1 on Monday, de Blasio ripped Cuomo in a fight over a jail on Rikers Island.

"For some reason, the governor thinks it's sport to suggest that they will close different pieces of Rikers Island, while we are actually doing the serious work of trying to take care of the inmates better, create better security, and get off of Rikers Island, once and for all," de Blasio said.

For months, Nixon has been flirting with the idea of challenging Cuomo from the left. In January, she told NY1 that she was considering a run.

A couple of weeks later, Nixon sounded even more like a candidate for governor at an LGBTQ event in Manhattan: "We could invest in renewable energy, we could transform our criminal justice system, we could fix our broken subways," she said at the podium Feb. 3.

This past weekend, an item in a Daily News gossip column claimed Nixon and Hillary Clinton met and hugged backstage after a play.

Capitol watchers have said that Cuomo fears a challenge this year more from the left than from a Republican.

"Absolutely, it shakes things up. For years, the Democratic left — the progressives — have had their doubts about Andrew Cuomo," Democratic consultant Jack O'Donnell said. "He's worked really hard to try assuage those doubts, and he'll talk about that he's delivered — not promised but delivered. The question is, Did he deliver enough?"

On a conference call with reporters, Cuomo had this to say: "And on people who may not — mayor or may not run for governor, on both sides of the aisle, that's up to them, and we'll deal with it as the campaign progresses," said Cuomo.

In 2014, an unknown candidate named Zephyr Teachout challenged Cuomo in the primary and garnered 34 percent of the vote.

Insiders say someone with Nixon's name recognition could mount an even more formidable challenge.