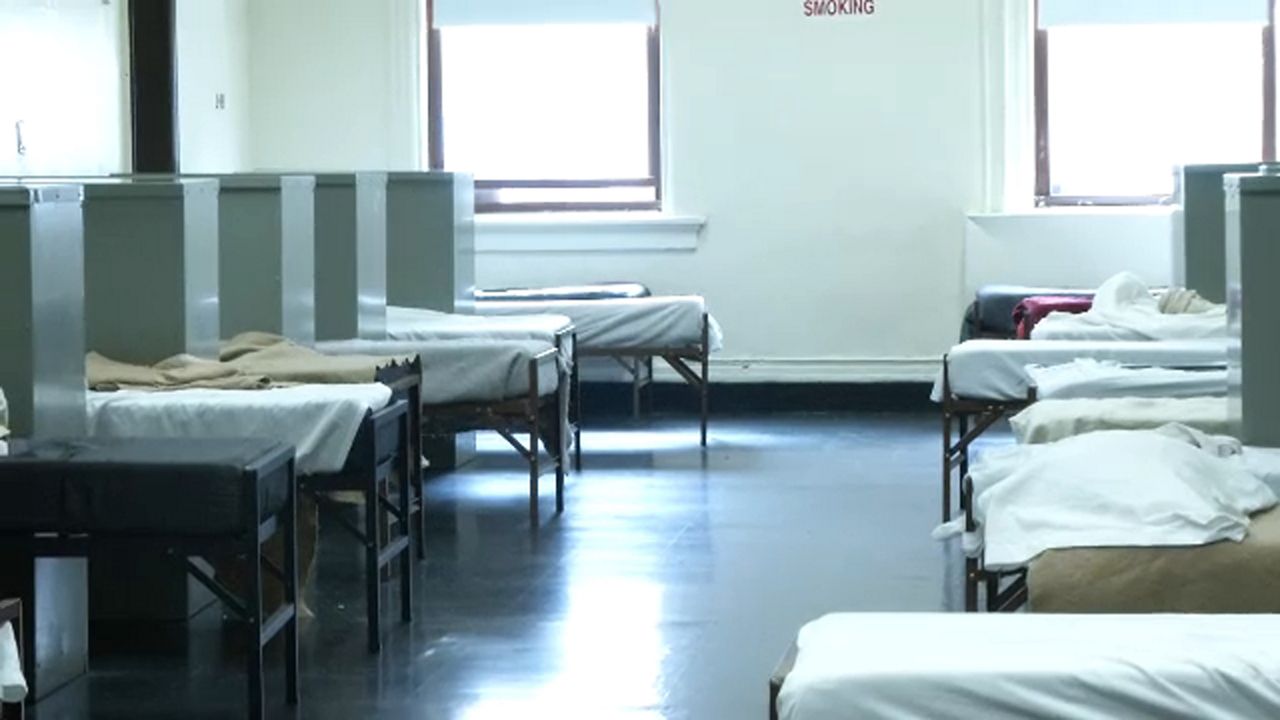 Every year, thousands of inmates in upstate prisons are granted parole, allowing them to leave prison and return home to New York City. But a NY1 investigation found, more and more, those inmates do not have a home to go to; they go into the shelter system — a system that poses its own challenges to reenter society. NY1 Political Reporter Courtney Gross filed the following exclusive report.

It's a crisp 34 degrees and Christopher Kaminski doesn't have a coat.

"It's a little overwhelming right now. My first day out," he noted.

Hours earlier, he was released from prison after spending about nine years behind bars.

Kaminski was sent straight to the Bellevue Men's Shelter on the East Side of Manhattan. It's the entry point for adult homeless men -- the beginning of a long path to get a permanent bed.

After nearly a decade this is Kaminski's first stop back into society.

"It's like we're cattle. You go from one holding area to another holding area. But at least here, you got opportunity to get out there and do something to try and make it," Kaminski said.

Thousands have been there before.

A NY1 investigation has uncovered that the New York City shelter system has become a top destination for inmates leaving state prisons.

More and more of these parolees are coming from upstate prisons right into the shelter system.

In 2017, more than half the time, 54 percent, they were heading to a homeless shelter.

That means last year when an inmate got paroled and came back to the five boroughs, every other time that inmate went straight into a homeless shelter.

He has spent more than 26 years in upstate prisons — he held people up to get money to buy heroin. Fresh out of prison, he is thrust into a system that's flooded with the same vice.

It takes a week. Kaminski succumbs.

He buys a bag of heroin for six dollars. He bought it on the second floor of the Bedford Armory Shelter.

"As soon as he said I have a bag for six dollars anybody interested. I said you know what, I haven't done one in 10 years. F---in, stressed out, bored to death, hating this place, let me get this bag and maybe it will ease some of the stress. It didn't do nothing. It just made things worse," Kaminski said.

A spokesman for the state department of corrections and community supervision argues shelters are often just temporary for parolees.

He says at any given time there are 1,600 parolees in the shelter system — suggesting the population is fluid. He could not tell NY1 the average length of stay for any parolee.

As for Kaminski, he tries to adjust to his new reality from being a ward of the state to the responsibility of the city.

"It's hard. Guys can't go anywhere. They don't got no money. They can't do nothing," Kaminiski said.

The state has said shelter is a last resort — it's not a preferred residence for parolees. Clearly it was the solution for them half the time last year.