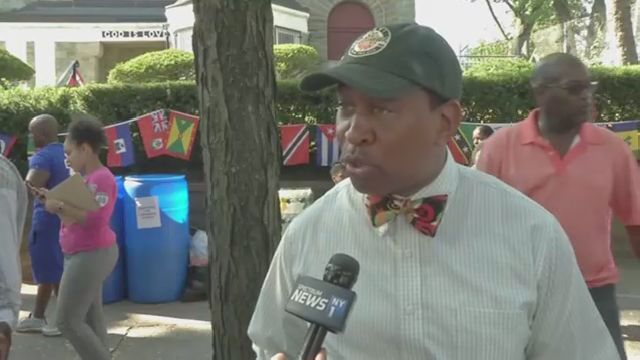 While prominent celebrities and politicians are seeing their careers derailed after claims of sexual harassment, that movement has now reached City Hall.

On Monday, an ethics committee at the city council ordered City Councilman Andy King to get ethics and sensitivity training, finding that the Bronx lawmaker had violated the council's harassment policy.

"The committee takes allegations of misconduct extremely seriously and is committed to ensuring appropriate consequences when matters are substantiated as was the case before this committee," said Staten Island Councilman Steven Matteo, reading from the committee's ruling.

The councilman had been accused by a council staffer of giving her unwelcome attention. He had allegedly told her to smile more while grabbing her hand. King had also asked for her personal phone number and invited her to a local benefit, saying she should wear a beautiful gown.

King did not return repeated requests for comment but denied privately to the city council that he violated any policy.

"Councilmember King informs the committee that while he denies violating council policy, he agrees to voluntarily complete the council's mandated training," Matteo said.

On Monday, the councilman was interviewed by the committee, which rarely meets. That interview occurred behind closed doors, its members marching off to an undisclosed location while the public and the press were left behind.

For now, the committee is staying relatively quiet. For instance, it's not releasing a report on its investigation, and the chairman did not take any of our questions:

Matteo: That's all I'm going to say on the matter right now.

Gross: You can't give us any more details?

Matteo: No, not right now.

This was also not the first allegation against King. In 2015, a former council staffer threatened to sue, claiming King created a "hostile work environment by sexually harassing" her. A lawsuit was never filed.

This time, the council could have reprimanded King more severely, taking away his committee chairmanship or censuring him.

It's unclear how extensive the councilman's mandated training will be. He has 30 days to complete it.