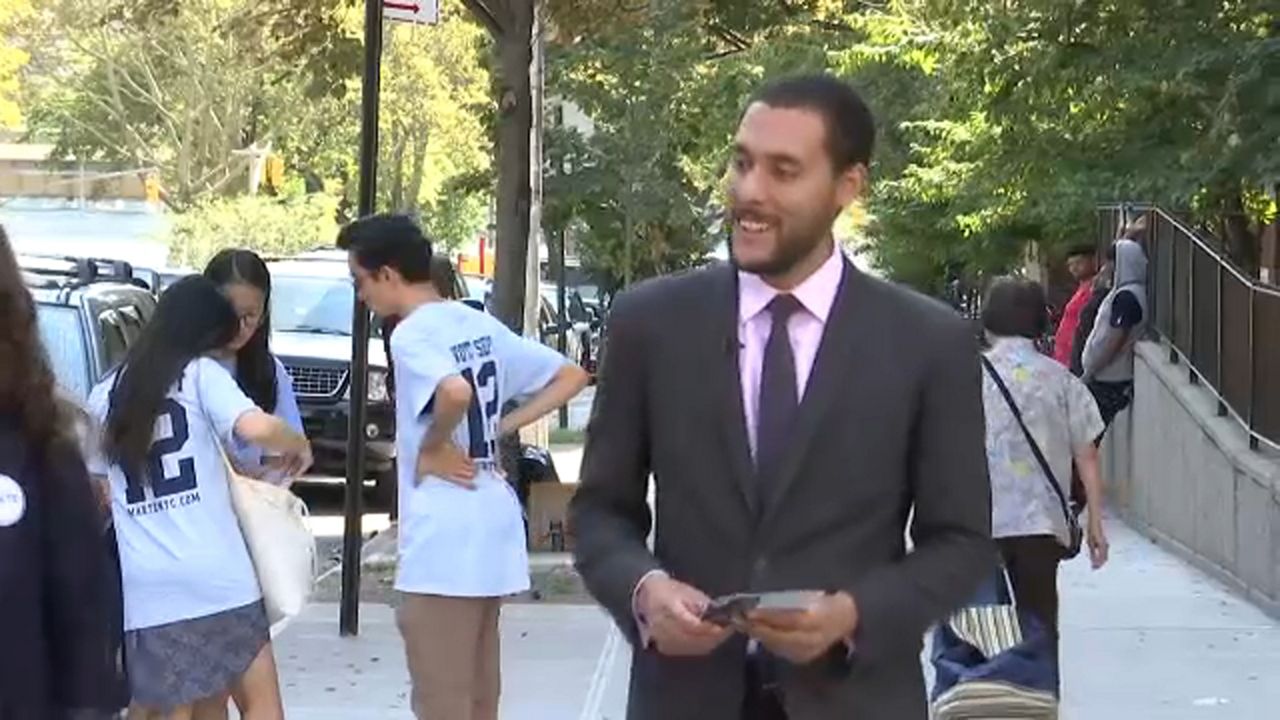 Christopher Marte to run against Councilwoman Chin on third-party line

Margaret Chin barely squeezed out a victory last month in the Democratic Primary for the City Council seat in Lower Manhattan - one of the few truly competitive primaries in the city. Now, the candidate who almost beat her is back for the general election. Our Michael Scotto has the story.

But this week, she found out Christopher Marte, the candidate who almost beat her, will be back for the general election in November - running on the Independence Party Line.

"My opponents - what is their records? And I think it is really important to continue to get that message out," Chin said.

However, it was Chin's record that may have hurt her.

Marte, a political novice who once worked for IBM's pension fund, was able to galvanize voters who were angry about one of Chin's pet projects - turning a public garden on Elizabeth Street into affordable housing for older New Yorkers.

"It's not pitting green spaces versus seniors," Marte said.

Now, Marte and Chin are on the streets stumping for votes with a month to go before Election Day.

One of Marte's biggest challenges is that he's not running as a Democrat.

That could pose a big problem for him in a district that almost always votes on the Democratic Party line.

There are also two other candidates in the race - Republican Bryan Jung and Liberal Party Candidate Aaron Foldenauer, who also ran in the Democratic Primary.

Marte said he thinks he has a shot.

"54 percent of voters on September came out and voted against the establishment and our council person, and I think it's using that energy that we have - supporters, volunteers, come out and do the same on November," Marte said.

As for Chin, she said she's going to keep doing what she's been doing, and said she has no regrets for supporting the plan to turn Elizabeth Street Garden into housing - pointing out it that would include some open space.

"I was elected to make tough choices, and it might have cost me some votes - but it was the right thing to do," Chin said.

Perhaps, not the right thing to do politically.