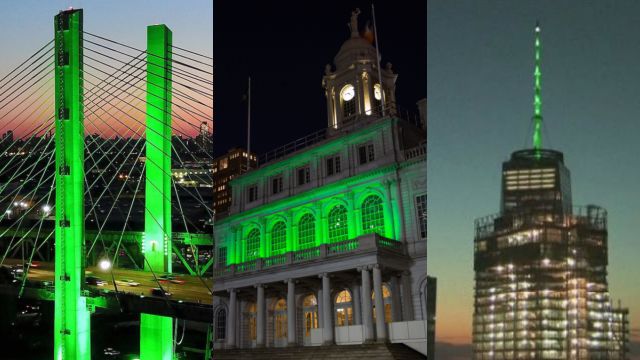 Mayor Bill de Blasio showed his support of the Paris Accord by tweeting a picture of City Hall lit up in green.

The spire atop the World Trade Center and the Kosciuszko bridge were also lit up in green to show support.

World: the Empire State stands with you. New York shines green for our planet, our health and our children's future. #ParisAgreement pic.twitter.com/Ubw7WSPgu0

In response to President Donald Trump's decision to pull the U.S. out of the Paris Accord, Governor Andrew Cuomo is joining state leaders on the West Coast to form a new climate coalition.

He will act as co-chair alongside the governors of California and Washington State for the new "United States Climate Alliance."

In a statement, Cuomo says the partnership will bring together states that are committed to upholding the Paris Climate Accord.

The alliance will also work to strengthen existing programs for the environment and create new initiatives to reduce carbon emissions.

The governor called Trump's move to pull out of the Paris agreement irresponsible and reckless.