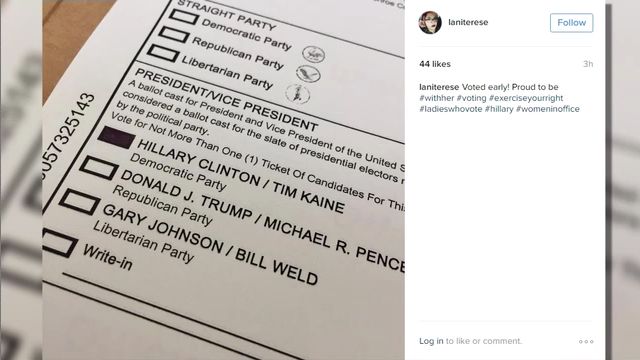 A federal judge has decided to keep in place a ban on ballot selfies in New York State.

The judge says he will not overturn a state law that bars voters from showing a marked ballot to other people.

The lawyer representing the plaintiffs in the case previously told NY1 he thinks the law violates free speech.

The judge agreed, saying that ballot selfies are a form of free speech, but argued it would be too difficult for the Board of Elections to implement changes by Tuesday.

"A last-minute, judicially-imposed change in the protocol at 5,300 polling places would be a recipe for delays and a disorderly election, as wellintentioned voters either took the perfectly posed selfie or struggled with their rarely-used smartphone camera. This would not be in the public interest, a hurdle that all preliminary injunctions must cross," the judge's decision reads, in part.

Voters who are caught taking ballot selfies could face up to a $1,000 fine and a year behind bars.