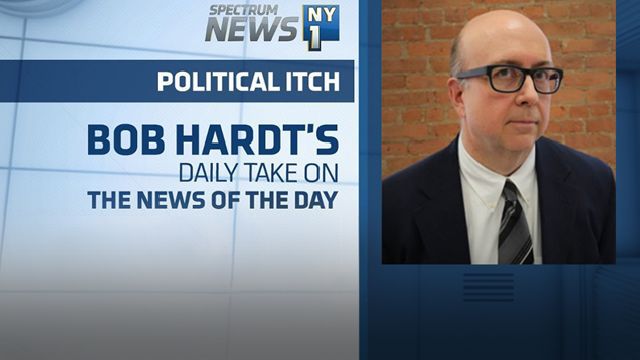 NY1 ItCH: A Debate Date in the Race for Governor

Four years ago, Governor Cuomo wouldn’t debate his primary opponent. It may be a little trickier this time around.

NY1 is trying to get the ball rolling in the Democratic race for governor, hosting a debate at Queens College on August 22nd. Not surprisingly, Cuomo’s challenger, Cynthia Nixon, is more than ready for a live prime-time showdown that will be seen across the state. It’s still unclear whether the governor will show up.

With a $31 million warchest and a large lead in the polls, the governor is likely considering playing it safe by thumbing his nose at an unscripted 60-minute event. But Cuomo also risks alienating a group of progressive Democrats who still think the governor isn’t really a member of their club. Oh, and then there’s that whole democracy thing where some voters actually like to hear candidates square off against each other rather than just see competing TV ads.

With the June primary defeat of Congressman Joe Crowley still echoing in their minds, every New York Democratic official is probably worried about becoming the next Joe Crowley.

And if you want to tell angry activists that you hear their pain, you don’t want to look like you’re too busy to debate a legitimate opponent. Queens College beckons.