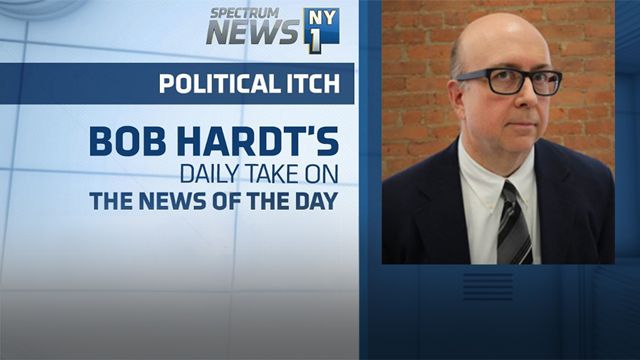 It’s time to take a break from the capital confusion in Albany and instead try to parse the words of a man in the White House who once rode in between subway cars as a boy in Queens.

In a highly revealing interview with Maggie Haberman and Glenn Thrush of The New York Times, President Trump yesterday sounded positively blah when it comes to federal funding for the Second Avenue Subway and a rail tunnel between New York and New Jersey.

“Well, I may support them, I’m going to look at them,’’ said Trump, who then talked enthusiastically about creating  a commission headed by New York developers Steve Roth and Richard LeFrak to study infrastructure projects nationally.

It’s at this point in the movie that an ethics watchdog would point out that it may not be the best idea to assign Manhattan real-estate executives to oversee projects that could directly benefit their business empires.  But then conflict-of-interest often seems to be the motto of the White House when making seat-of-the-pants appointments.

While almost waxing poetic when talking about commuting via train to school from Jamaica to Forest Hills, Trump all but dismissed the Second Avenue subway as “the tunnel to nowhere.”

“But you know when they built the Second Avenue subway, you know they never knew where it was going,’’ said Trump, garbling the line’s history.

“Did you know this? This was one of the great of all time. And then they ended up finishing it.”

But the line is far from finished and it seems odd that we have to wait for Steve Roth and Richard LeFrak to tell us where the next stations should be going or when they’ll be built.

And after seeing thousands of commuters about to commit hara-kiri on their way to Penn Station this week because of a derailment, we probably don’t need an expert to tell us that this is no way to run a railroad.

But despite prodding from aides during his interview, Trump seemed far more enthusiastic about attacking President Obama’s National Security Advisor, Susan Rice, than talking brass tacks about infrastructure problems – unless you count the median guards on the Van Wyck Expressway.

“That is the worst garbage. I think it bends by the heat, because not that many cars could possibly hit it,’’ Trump said.

“And I also think it’s dangerous because it’s a spear. And if you hit those things, they come flying apart. And if you’re driving, you’ve got yourself a problem.”

Straphangers, we’ve got a problem.