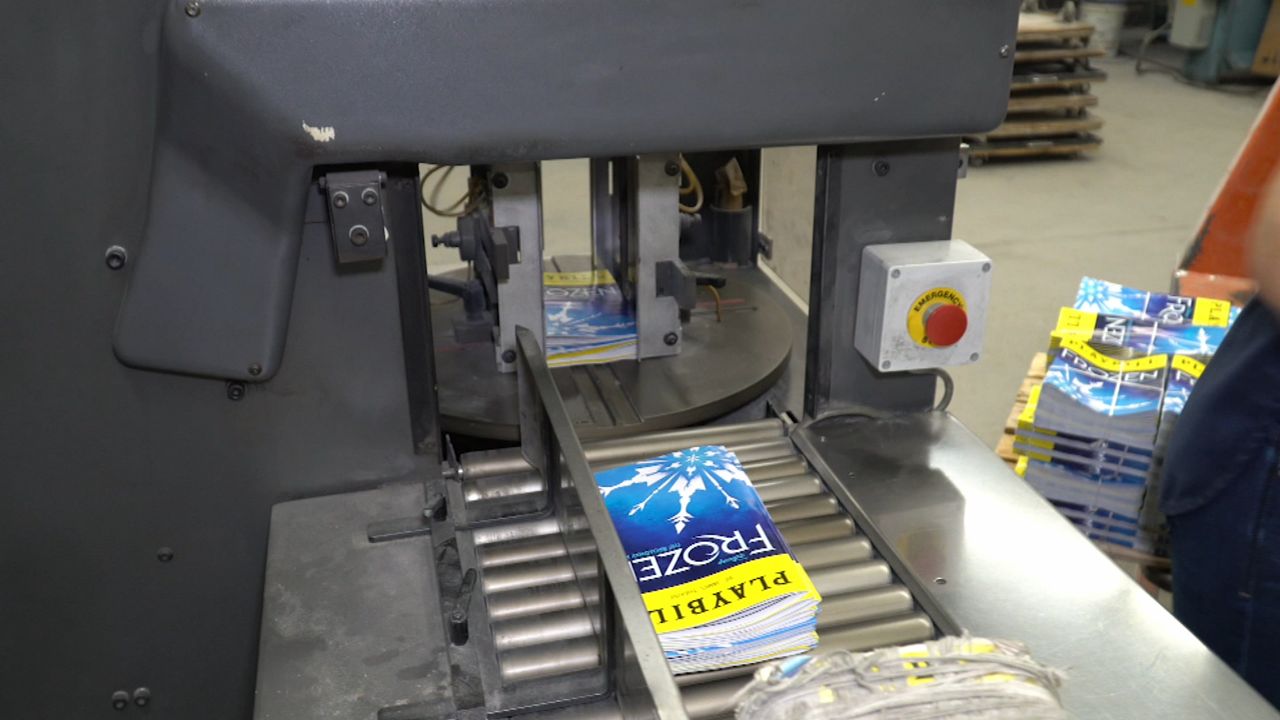 Behind the Scenes At Playbill

Everyone who's ever seen a Broadway show has something in common; they're handed a Playbill when they take their seats. For more than a century Playbill has been the go-to paper of record for Broadway shows, informing audience members who’s appearing in their play or musical and other important information.

To date, between 1.5 and 1.6 Billion playbills have been printed. They can be found in all theaters on Broadway, as well as theaters all across America. “We distribute upwards of 3 and a half million playbills a month,” said Playbill CEO Philip Birsh.

Playbill became an important part of theater’s history when the actors unionized in 1913. They demanded credit and so their bios started getting printed in theaters. Playbill has evolved from a single sheet of paper to the multipage, multicolor magazine you are familiar with today.

Playbill has become somewhat of a family affair. Birsh’s father Arthur Birsh, a print salesman, was hired back in 1962 to run the Playbill plant where he worked his way up from head of production to vice president to ultimately president of the company. In 1973 Metro Media sold it to Arthur in a leveraged buyout. Birsh followed in his father’s footsteps, becoming the President and CEO in 1993. Birsh’s son Alex Birsh joined the company in 2016 as Vice President, perhaps taking a page from his father and grandfather.

Alex Birsh, who was also recently named Chief Digital Officer, gave us a behind the scenes tour of the Playbill plant in Woodside, Queens, to break down the printing process for us.

Playbill has since expanded digitally. “We were really the first theatrical website to open on the world wide web,” said Birsh. But the physical memento still has a strong place in Birsh’s heart. “Playbills represent to a lot of people a treasure trove of memories. It’s all you really have after the show is over and the magic is fading as you walk out of the theater. It’s very meaningful to a lot of people.”