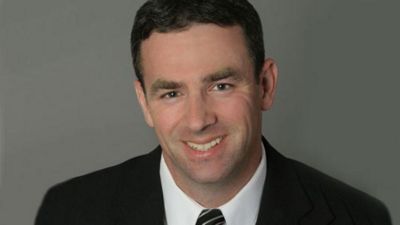 Roger Clark began his NY1 career in 2001 as the Staten Island Reporter before moving on to the morning features beat three years later. During that time he has surfed Rockaway Beach, climbed rock walls, learned the trapeze, figure skated, kayaked the Hudson, and canoed the Gowanus Canal.

He has also covered numerous community issues in every corner of the city, and highlighted non-profit organizations that do their part to make New York great, including many that were instrumental in the city's recovery from Hurricane Sandy.

Away from the city, Clark has visited Tokyo for a series of stories comparing New York to its Japanese counterpart, and was in Washington D.C. for the 9/11 Commission Hearings and the release of the panel's final report.

Born in the Bronx and raised in Queens and Staten Island, Roger took an extended leave from his hometown in the 1990s to work at a series of radio and TV stations in towns like Oneonta, Newburgh, White Plains and Poughkeepsie. He anchored and reported news, plus did play-by-play for high school and semi-pro football games. He also did minor league baseball broadcasts on radio, and hosted his own call-in program.

A graduate of Stuyvesant High School in Manhattan and Syracuse University's Newhouse School of Public Communications, Clark is a big fan of the Syracuse Orange basketball and football teams, as well as the Mets, Jets, Knicks and Rangers.

Clark is a rock music fan and a drummer in a duo that plays at various venues around the city. He resides in Yorkville with wife Jenny, son Jack, and cat Beatrice.