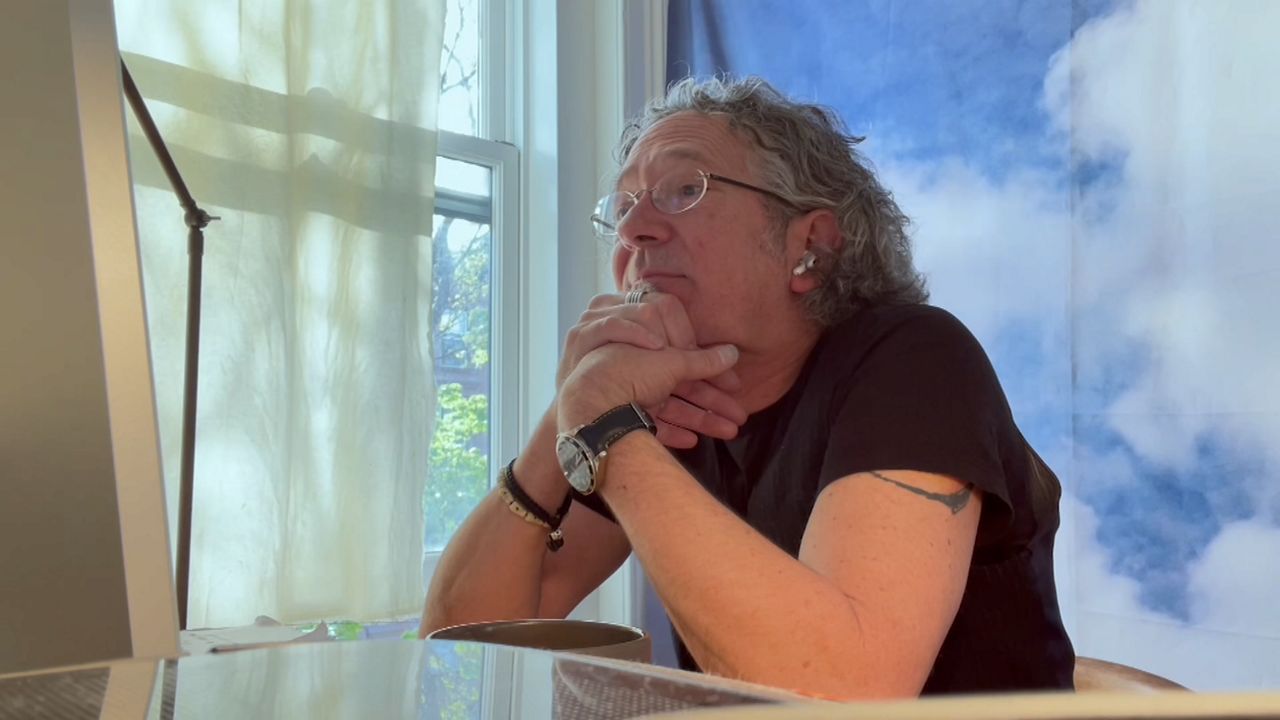 Behind this curtain, in an apartment in Fort Greene, Brooklyn, the power of laughter is making all the difference.

Christopher Bayes has been a teacher of physical comedy and clowning with the Pandemonium studio for years. When the pandemic struck, he harnessed the “world’s best medicine.”

For over two years, Bayes has been leading the Laughing Club — a Zoom class focusing on letting every emotion go.

That community doesn’t just include New Yorkers. Through his online class Bayes has brought joy to people across the world. Though he plans on teaching in person again this summer, he’s pretty sure the Laughing Club isn’t going anywhere.

“We spend a couple of hours like a foot from your face, in a way that we couldn’t in person, so it’s a whole different kind of conversation,” said Bayes.

Teachers, lawyers, and health workers have all joined in on Bayes’ classes alongside actors and comedians. Even those who are at first timid, quickly find the rhythm.

“We’re in this together, right. It’s about that kind of human connection that we seek,” said Bayes.

The group uses song and dance to bring every emotion to the surface. Laughter is the ending point but raging and weeping are part of the journey.

“In a lot of ways, that’s really what people are coming for, maybe even more than for the laughter but the purging of all that toxic junk,” commented Bayes. “In laughing club you can fall apart with 20 other people who are doing the exact same thing.”

For laughing away the loneliness Christopher Bayes is our New Yorker of the Week.