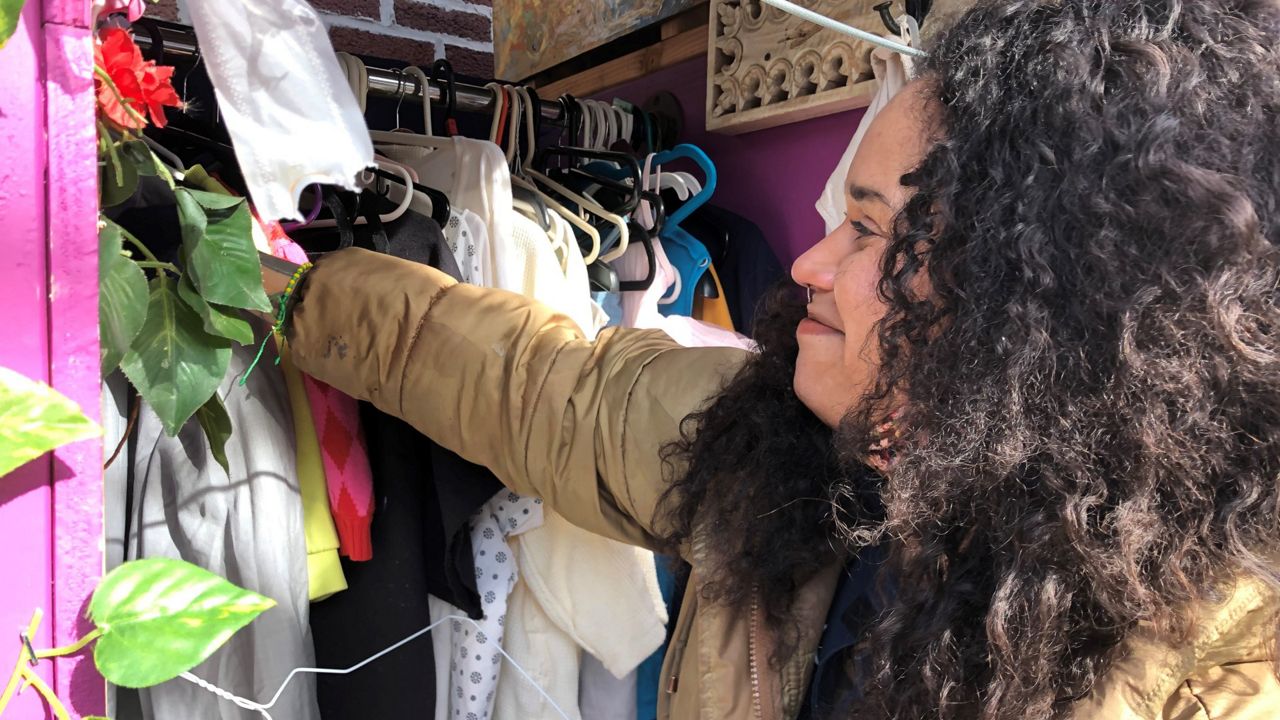 NEW YORK — Myles Smutney is the architect of the Free Store Project. She and her team built sidewalk sheds throughout Brooklyn and Manhattan for people to leave their gently-used items — and for others to take them as needed.

"That neighborly idea of, like, borrowing a cup of sugar, this is kind of that, right?” Smutney said. “So it's like 'You've got it. I don't.' And here's a way we kind of connect."

It started in October of 2020, when she saw a similar initiative in her native Chicago.

"There was all of these goods and resources and everyone was just leaving everything on the streets,” Smutney said. “And I was like 'There it is. There's something I can do.'"

She and some of her friends built some shelves outside an empty storefront near her Lower East Side apartment. The sidewalk store was only there for a few hours before the landlord demanded the team take it down.

But it was the beginning of a movement for Smutney's crew.

"There are so many people with means and equally without and they're living next to each other," she said.

Smutney's team of a few dozen volunteers has since built eight free stores. Many of them have been knocked down — but some have survived. Smutney estimates the stores have helped thousands of people, including Lourdes Garcia.

"Sometimes I come looking for things for my son, and every once in a while, I find a few things,” Garcia said in Spanish. Garcia lives up the block from the Williamsburg store. “It is super helpful, also for my grandchildren."

There's also been an environmental benefit.

"Give life to perfectly good items is definitely something that can help reduce our carbon footprint,” Smutney said.

The Free Store Project recently became an official nonprofit organization. Smutney now wants to rebuild some of the original stores and expand into new neighborhoods.

For giving New Yorkers a space to take care of their neighbors, Myles Smutney is NY1's New Yorker of the Week.