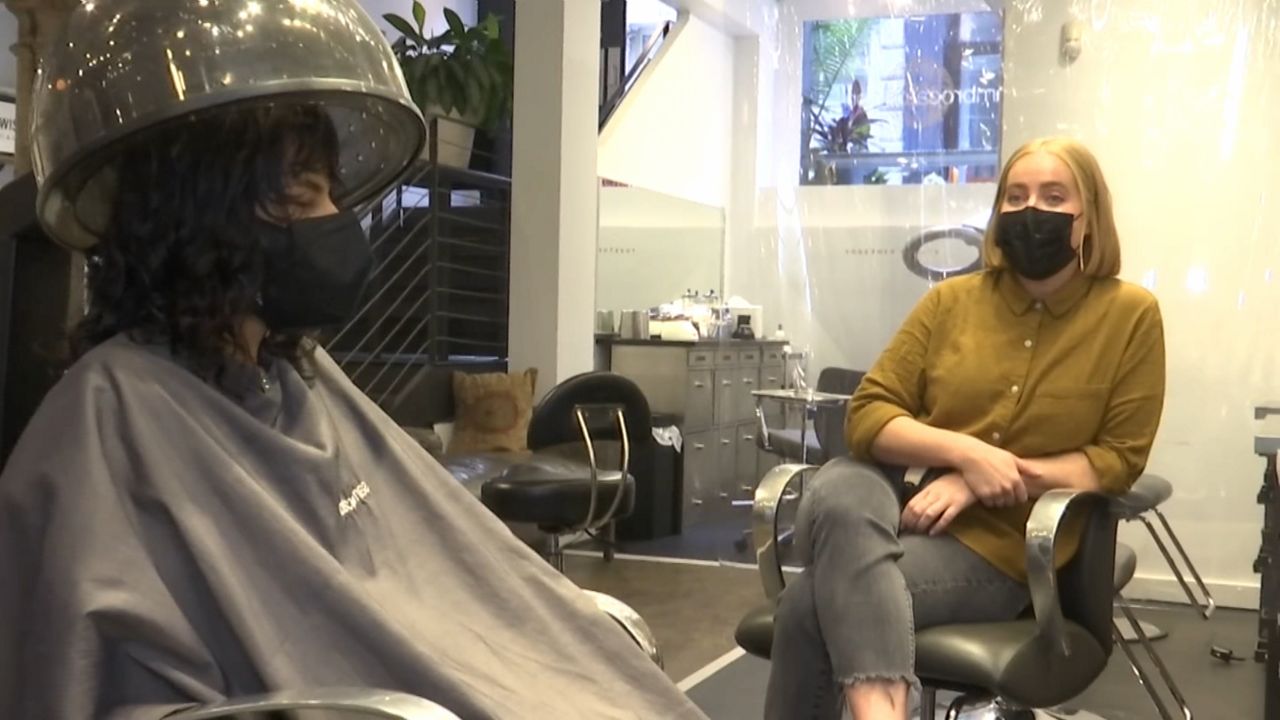 Mary Sutcliffe (right) and her friends started "Road to Bald," an organization that offers young women with cancer free haircuts as they undergo treatment, and as their hair grows back

It was a few weeks after Mary Sutcliffe started chemotherapy to treat her breast cancer. And it was time to shave her head.

"I just feel like you're going to look really bad ass," one friend told her.

"I know until it becomes actually really bald though," Sutcliffe replied.

She was in the shower when she knew it was time to cut her hair.

"There was a wad of thick hair in my hand that I knew I had to start doing the cuts," she said.

She was in her early thirties.

"It was the best my career had ever been,” Sutcliffe said. “And it's just like everything crashes down."

But the hair colorist didn’t let the life-altering cancer diagnosis and hair loss knock her down for good. Her closest friends, who work in the industry too, agreed to incrementally cut her hair shorter until it was time for the big shave.

"I was very supported during my cancer journey," she said.

Sutcliffe went through chemotherapy, a double mastectomy and reconstruction at Mount Sinai. In that time, Sutcliffe and her friends started "Road to Bald," an organization that offers young women with cancer free haircuts as they undergo treatment, and as their hair grows back.

Those same friends who shaved Sutcliffe's head now  provide cuts and shaves to those who need the support.

"It brings people a little bit of peace and joy at a very difficult time in their lives," said Penelope Love, one of the volunteer stylists.

They are careful when they shave the women's sensitive scalps and when they find new bald spots.

"I let the client guide me how they'd like it to go,” Love said.

They've helped about two dozen women so far on their cancer journey in the last few years. Roshni Kamta was one of them.

"I had that support system to help me,” Kamta said. “If I did not have that, it would have been more traumatic for me."

Sutcliffe is there through it all. She knows exactly what these women are going through and why the work is important.

"Just happiness for a day just to forget what's going on and just to ease them into being bald at a young age," she said.

For helping women fighting cancer feel a little more beautiful, Mary Sutcliffe is our New Yorker of the Week.