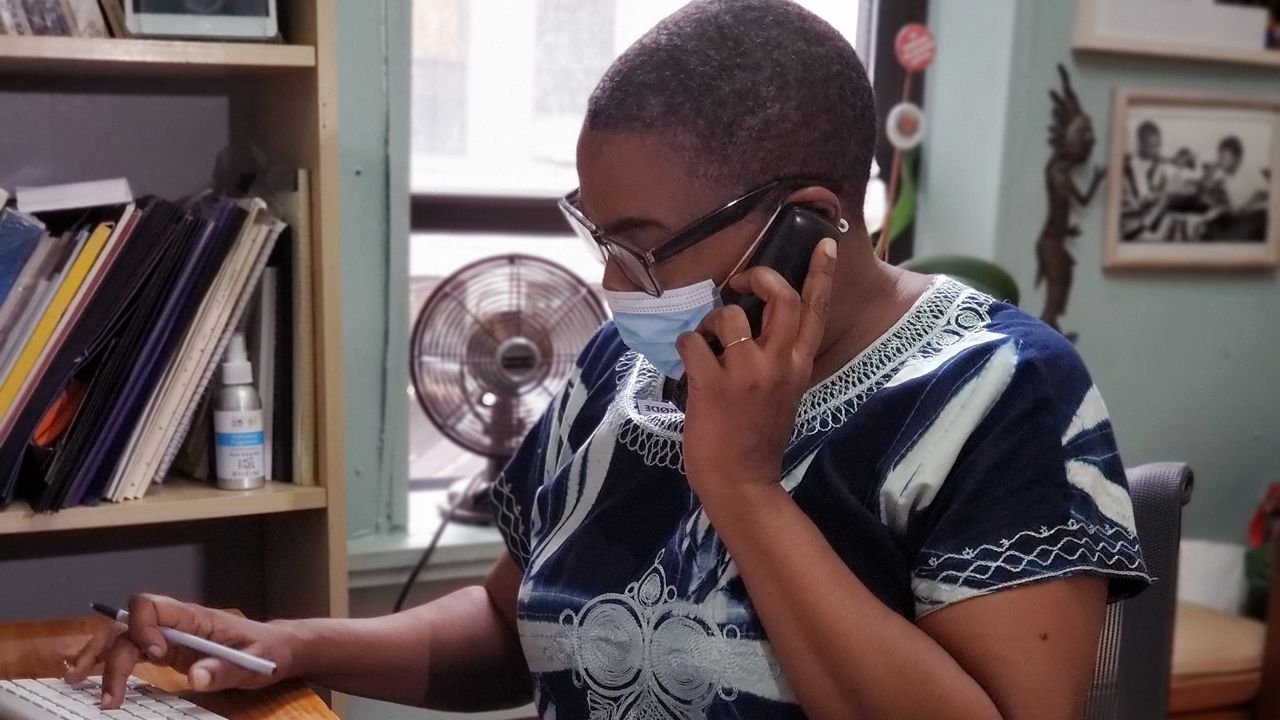 For aiding and advocating for Haitians thousands of miles away and here in New York City, Ninaj Raoul is our New Yorker of the Week.

There are a lot of loose bricks, broken concrete and lives lost after a powerful earthquake struck the southern part of Haiti almost a week and a half ago.

"The world saw this after the 2010 earthquake,” said Ninaj Raoul. “And we're seeing it today with this earthquake that just happened last week, the Haitian people are extremely resilient."

Raoul is helping people on the island from her base in New York City. She co-founded the organization "Haitian Women for Haitian Refugees" almost 30 years ago. Raoul was working as a fashion stylist in the early '90s when she responded to a call for Creole interpreters to help Haitian refugees in Cuba. That work followed her home to Brooklyn.

"The needs grew, and we just ended up responding," she said.

The needs were similar to so many immigrants: learning English, navigating the school system and sometimes providing emotional support.

"There's a lot of gang violence in Haiti,” Raoul said. “Particularly for the women and girls, it's dangerous."

Thousands of miles away in Haiti, news from the quake zone continues to pour in. Raoul's organization has partnered with advocates on the ground. They are sending money, tents and medical supplies to Bakonwa, a farming town that was hard hit.

"Just this morning, there was an after tremor,” Raoul said. “So people are afraid to sleep in their homes after the trauma of seeing the earthquake destroy all these houses."

There's been a strong emphasis in the last week or so on letting Haitians lead responses to Haitian issues. And while Raoul's family is from Haiti, she knows it will one day be time to hand over the reins to someone who has faced the struggles first hand.

So, for aiding and advocating for Haitians thousands of miles away and here in New York City, Ninaj Raoul is our New Yorker of the Week.