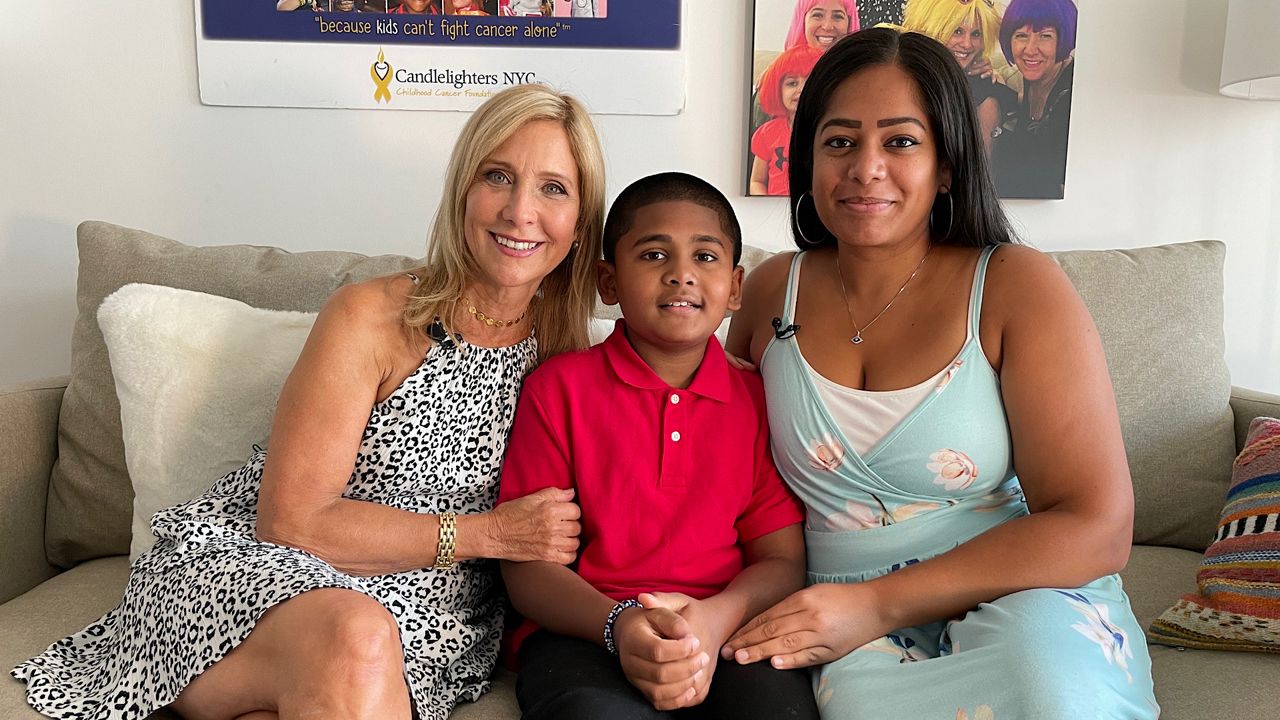 Where some may see a sick kid, Barbara Zobian sees a hero. Where others may see hurting families, Zobian sees the strongest people she’s ever met.

“These kids are so brave. And they go to the hospital and then they come over here to play and they’ll say, ‘Mom, this was the best day ever!’ What more could you want? And to be a part of that we are so blessed to be a part of that!” Zobian commented with a huge smile spreading across her face.

Zobian founded the New York chapter of “Candlelighters”— a foundation built to not only help kids battling cancer but also their families; an element that was incredibly important to her. Zobian was inspired when she met a young cancer patient and was impressed by her attitude and charisma.

For the last 14 years, Zobian’s team of volunteers has supported hundreds. And during the pandemic - when parties and events were put on hold - Zobian gave out over a hundred and eighty thousand dollars worth of support.

“We want them to have some normalcy in the most abnormal circumstances,” Zobian said.

Shameeza Singh’s oldest son was diagnosed with cancer. A friend connected her with Candlelighters and soon Zobian was there offering gift cards for food, free babysitting, rides to and from the hospital, and even a dinner out for the parents.

From costume parties to fully paid family meals to ballet lessons, Singh feels like there’s nothing Zobian can’t do.

Zobian's goal is to make everyday brighter in any way she can.

“They live their motto turning crappy into happy, because Cancer is the crappiest thing you could ever experience and Barbara makes it happy in every possible way,” Singh emphasized.

Zobian looks for no thanks. She’s simply grateful these families allow her to be a part of their journeys.

“Seeing their children’s face light up that is more thanks then I could ever hope for or ever needed,” Zobian said tearfully.

For continuously turning “crappy into happy," Barbara Zobian is our New Yorker of the Week.